Posted by Green on May 22, 2020
in Discography, rock
as Social Distortion 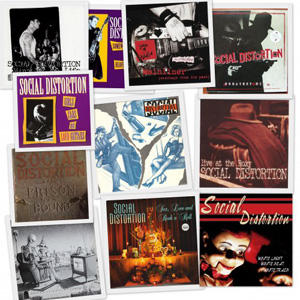 Social Distortion went on a temporary hiatus in the mid-1980s, due to Ness’s drug addiction and troubles with the law which resulted in extended stints in various rehabilitation centers that lasted for two years. Since its inception, the band lineup has been a virtual revolving-door of talent with many members coming and going – Ness has been the only constant member. After 42 years of performing, Social Distortion continues to tour and record music.