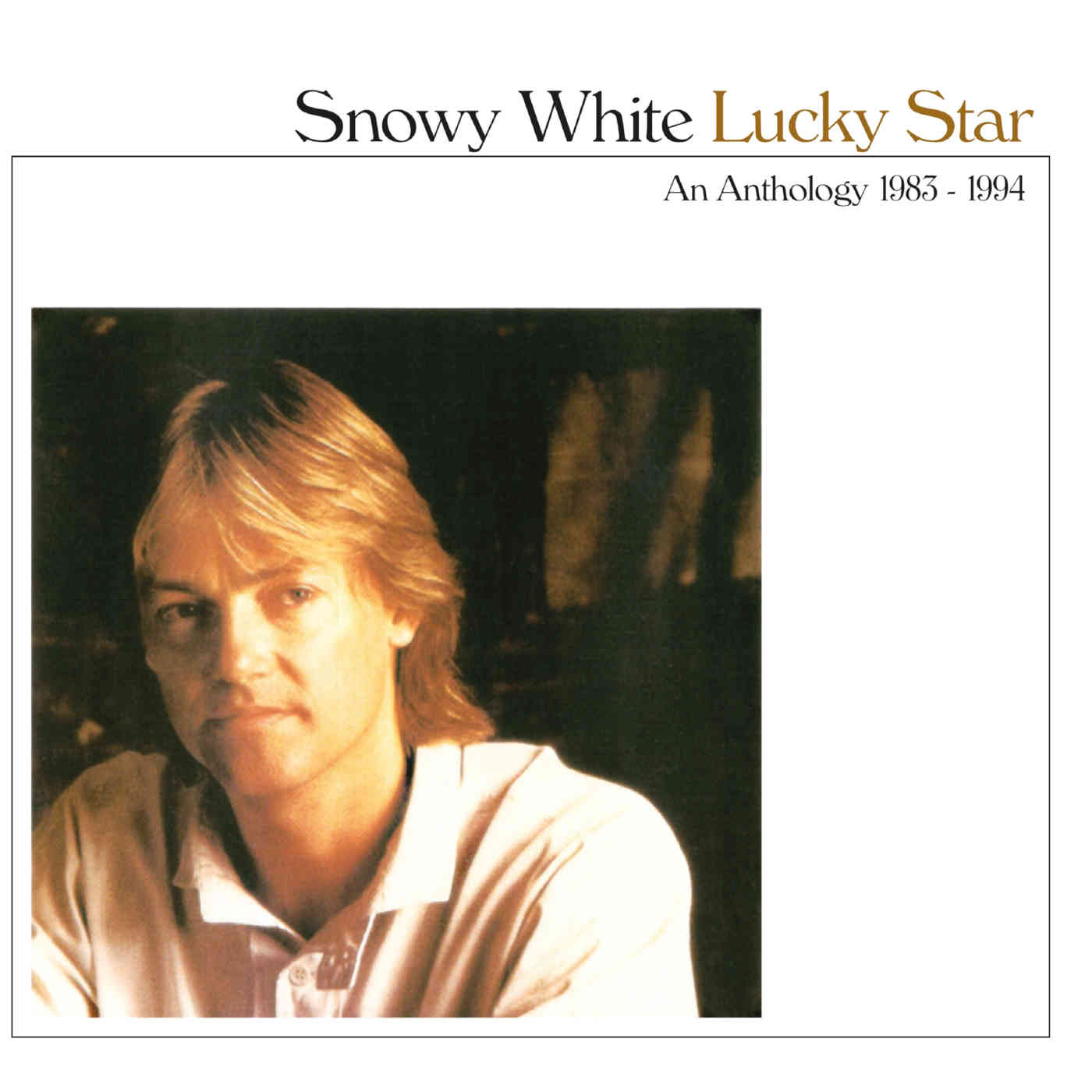 Esoteric Recordings is pleased to announce the release of a new re-mastered 6 CD clamshell boxed set anthology by the legendary musician SNOWY WHITE. Lucky Star – A anthology 1983 – 1994 gathers together all of his solo albums and two albums recorded under the guise of SNOWY WHITE’S BLUES AGENCY.

After some years working as a much in demand guitarist for artists as diverse as AL STEWART, PINK FLOYD and THIN LIZZY, Snowy White branched out as a solo artist with the release of his first solo album WHITE FLAMES in 1983. The album spawned a major hit single in BIRD OF PARADISE early the following year and subsequently enjoyed chart success. This was followed in the 1980s by two more fine albums; SNOWY WHITE and THAT CERTAIN THING. At the end of the decade White formed the band SNOWY WHITE’S BLUES AGENCY and the group recorded the albums CHANGE MY LIFE and OPEN FOR BUSINESS in quick succession.

Snowy White then took a hiatus from recording as a solo artist, but returned to the fore in 1994 with the excellent album HIGHWAY TO THE SUN which featured guest appearances from such stellar talents as DAVID GILMOUR, CHRIS REA and GARY MOORE.

This anthology features all of Snowy White’s albums issued between 1983 – 1994 alongside 18 bonus tracks drawn from rare singles and session recordings from this era. The set includes an illustrated booklet with a new essay and exclusive interview with Snowy White. With many of his albums unavailable for some years Lucky Star is a welcome release and a fine tribute to one of Britain’s great musicians.