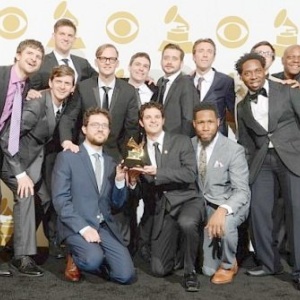 Snarky Puppy is a Brooklyn, New York-based instrumental fusion band led by Grammy Award-winning bassist, composer and producer Michael League. Formed in Denton, Texas in 2004, the band features a collective of nearly 40 musicians, referred to as “The Fam” on their recordings and tours. The musicians perform on a variety of instruments including guitars, pianos, keyboards, woodwinds, brass, percussion and strings. Many of the current and former band members were once students at the University of North Texas.