Posted by Green on April 30, 2019
in gypsy swing
as Simba Baumgartner 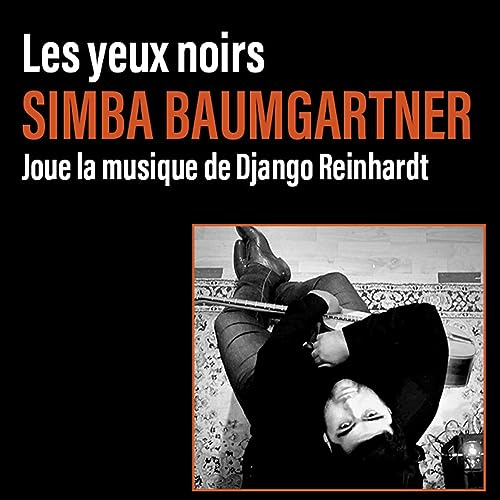 Django Reinhardt is widely considered one of the greatest geniuses of modern guitar and the creator of his own musical genre and tradition sometimes referred to as “Gypsy Jazz.”

Simba Baumgartner’s grandfather was Lousson Baumgartner, Reinhardt’s first born son, who was himself considered a master guitar player although he never recorded. Simba began playing guitar at age 4 in the purest tradition of his family living the traditional life of a Gypsy in Central France as he learned his great grandfather’s secrets. At age 11, Baumgartner played the “Bal de la Rose” in Monte Carlo for Monaco’s Royal family alongside The Gypsy Kings and Gypsy guitar master, Bireli Lagrene. In 2017 he headlined the “Festival of Europe” in Bois Le Roi, France, and was chosen as the opening act for the International Django Reinhardt Festival in Samois sur Seine/Fontainebleau which featured Stephane Wrembel, Stochelo Rosenberg, Avishai Cohen, Larry Graham, Bireli Lagrène, Kyle Eastwood, Roberto Fonseca, and Trombone Shorty. He has also performed a tribute to Django Reinhardt with the legendary American jazz saxophonist, James Carter. Baumgartner performed as both an actor and musician in the biopic “Django” directed by Etienne Comar. Baumgartner is a regular at “Taverne de Cluny Monk”, THE most prestigious Jazz club in Paris, always backed by the greatest rhythm section in France, Mathieu Chatelain and Jeremie Arranger. Baumgartner was a featured performer at Django a Gogo 2018 headlining the show at the legendary NYC venue, The Town Hall, where he received many standing ovations. Simba Baumgartner is highly regarded by his peers as one of the greatest Gypsy Jazz players in the world carrying on the legacy of his great grandfather.

Les Yeux Noirs was produced by heralded guitarist Stephane Wrembel, most known for his Grammy® Award winning composition “Bistro Fada” from the Academy Award®-winning Woody Allen movie “Midnight In Paris” and one of the preeminent guitarists specialized in the Reinhardt style. It was recorded live and mastered by Eric Ritter at The Windmill Recording Studio in Scranton, Pa. Baumgartner was accompanied by Wrembel and his band including Thor Jensen (guitar), Ari Folman Cohen (bass), and Nick Anderson (drums) with special guest Nick Driscoll (saxophone and clarinet).

Wrembel comments, “Although Simba is only 21 years old, he is one of the most important and one of the greatest Gypsy jazz guitar players in the world today. Not only is he Django Reinhardt’s great grandson, but he also carries the pure tradition of French Gypsy guitar masters. His first album shows not only his extreme level of virtuosity, but also the beauty of his phrasing and the poetry of his soul.”