Posted by Green on September 3, 2021
in country fusion, Discography
as Shinyribs 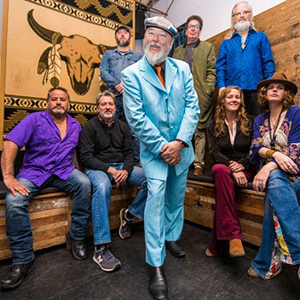 Shinyribs is an American country-soul, swamp-funk band from Austin, Texas.Shinyribs began in 2007 as a solo side-project of singer/guitar player Kevin Russell, then of long-time Austin band, The Gourds. At first “Shinyribs” referred to Russell personally in connection with his solo shows, but Russell later performed under the name “Shinyribs” in a band with other musicians, such as Gourds bandmate, drummer Keith Langford. “Shinyribs” then transitioned to be the name of the band as well.The name derives from something called out to Russell by a transient woman to whom he had previously given a plate of ribs.