Posted by Green on August 31, 2020
in folk, folk-rock
as Shelagh McDonald 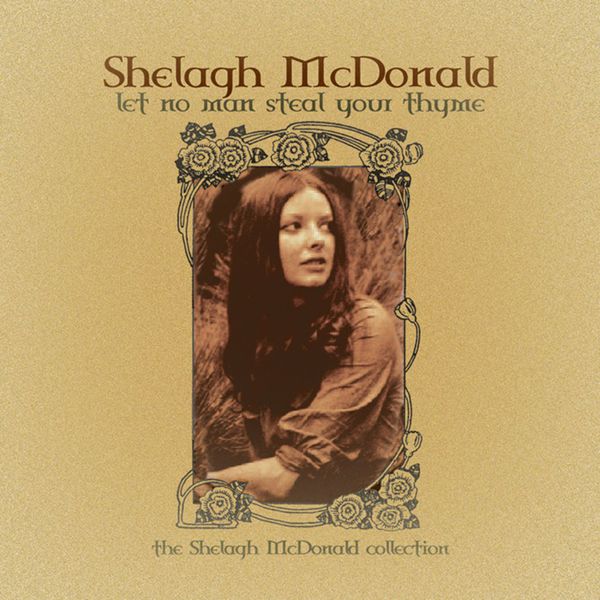 Like Syd Barrett before her, the story goes that Shelagh McDonald had one bad acid trip too many and disappeared from the music scene in 1972 leaving behind just two albums. Unheard of since 1970s, her whereabouts have been the subject to much speculation and whispered adulation. When this compilation was originally released in 2005, she was still missing presumed lost in the woods. That same year, possibly prompted by the interest generated by this release, she resurfaced, talking about restarting her career.

What we have is all the songs and scraps resulting from McDonald’s brief forays into recording studio. The first two tracks – taken from a 1969 BBC folk scene anthology– are fairly leaden folk and blues songs in which the singer sounds awkward and uncomfortable, and it’s not until her self-titled 1970 debut that she starts to really shine.

Hovering somewhere between Sandy Denny’s gusto and Anne Briggs’ fragility, her blend of covers and original material is accompanied by the likes of Keith Christmas, Fotheringay’s Pat Donaldson and Gerry Conway and Keith Tippett.

By Stargazer (1971), McDonald is producing quality folk-rock material with an equally top-drawer cast of cameos from Danny Thompson, Ray Warleigh, Dave Mattacks and Richard Thompson, etc. Although obvious echoes of Joni Mitchell can be heard on the airy breeze of “Rod’s Song” and the moody Blue-like chords of “Lonely King”, there’s a timbral Joe Boyd/ witchseason richness on tracks such as the six-minute “Odyssey” and the title track (possibly influenced by The Nice’s cover of “Hang Onto A Dream”) is furnished with opulent orchestration and resplendently spectral choirs beautifully arranged by Robert Kirby.

Of the two records, it’s Stargazer which is the real keeper but they both deserve to be sitting next to your Nick Drake or Sandy Denny collections. With both being long out of print, this set puts them back where they belong, alongside extensive alternate takes, rarities and everything from her abandoned third album.