Posted by Green on September 26, 2020
in blues-rock, R&B
as Screamin' Jay Hawkins 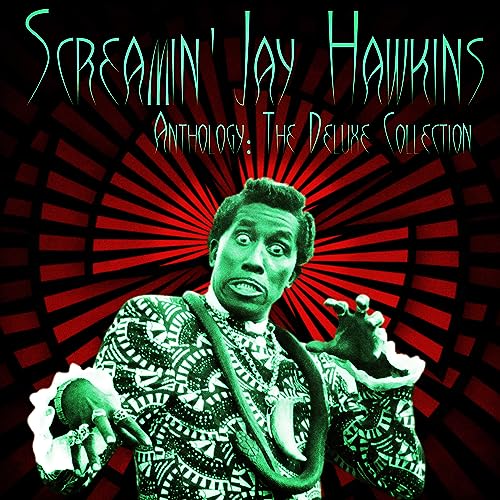 Screamin’ Jay Hawkins was one of those unforgettable musicians who changed the shape of rock ‘n’ roll. He created a bizarre performance style all his own. Emerging on stage out of a coffin, carrying a skull on a stick (affectionately called Henry) and performing with live snakes does raise the bar! And he influenced a range of artists, including Dr. John, Arthur Brown and Screamin’ Lord Sutch.