Posted by Green on November 8, 2019
in country
as Sarah Lee Langford 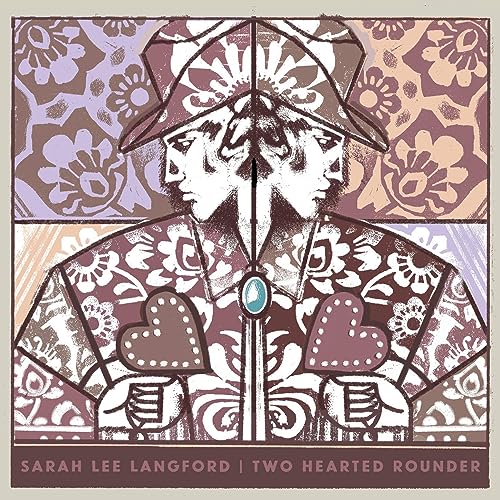 Hopefully one of the benefits of a review is that it can tell you something you don’t know – usually about the artist, the subject matter or the musicians involved. In this case I am going to struggle. Having applied my usual due diligence I have failed to come up with much – not even being able to dig up the lyrics; so apologies if I have missed something about the artist Sarah Lee Langford.

This is Langford’s debut album and the single, ‘Big Women’, was reviewed by AUK in September 2019 and is available online. Accompaniment is from a variety of Birmingham Alabama rockers, including members of The Dexateens and Vulture Whale; the musical side of things is never less than competent but don’t expect any fireworks.

The subject matter would seem to be about assertive women, a point apparently made in the ‘Big Women’ video as Langford demonstrates some ‘manly’ welding skills before applying make-up and off to the local bar. If that is the message then I find it a little simplistic and Rosie the Riveter was there 70 years ago. A ‘Rounder’ I understand to be a man of poor worth and habits and thus a picture emerges of women used and abused by low characters but exhibiting their own strengths and skills.

The accompanying press release invites us to compare Langford with Gillian Welch, Joni Mitchell, Loretta Lynn and the Flying Burrito Brothers – a pretty broad net by anyone’s standards! Vocally there are hints of Welch and Emmylou Harris although for my own taste the singing came over as a little shrill – though I am sure there will be takers. There are clear echoes of the sparse sound of classic Appalachian music. If not necessarily in terms of sound, then more in sentiment, Lucinda Williams springs to mind

The tales of lost love and survival run through the album. In ‘Bar Stool’ Langford describes how she tried to ‘guard my heart’ and asks, ‘if you let me down then make it easy’.

‘What Came First’ asks whether it was the ‘love or the hurt’; In ‘Watch Me’ defiance rings out, ‘I haven’t used up all my good years yet’ – the possibility being that, ‘I will be your beautiful regret’. The message is both clear and reasonable.

Tracks you may like most are, ‘Keep Your Diamonds‘, which for me is the standout with an engaging military-style drum beat. The final track, ‘Sing my Own Love Song’, benefits from a similar groove that almost develops an engaging drone effect – quite different from the rest of the album.

Songs of the heart are a staple of a certain brand of Americana and will always be fodder, without end, for artistic reflection. This can lead to the accusation that the music we love deals too often in cliché, from both sides of the gender fence. It may be that ‘you done me wrong / I will be strong’ is increasingly overtaken in the modern world by other issues for women and mankind in general. Personally, I’m waiting for ‘Weinstein’ the concept album – there’s a project for someone.

This is a listenable offering sung well with competent backing that tends toward inoffensive rather than revelatory. If you like classic sentiments presented in time-honoured fashion then this may be just the album for you. There is nothing here to make you sit up out of your seat but it is a first effort and there may be more to come.