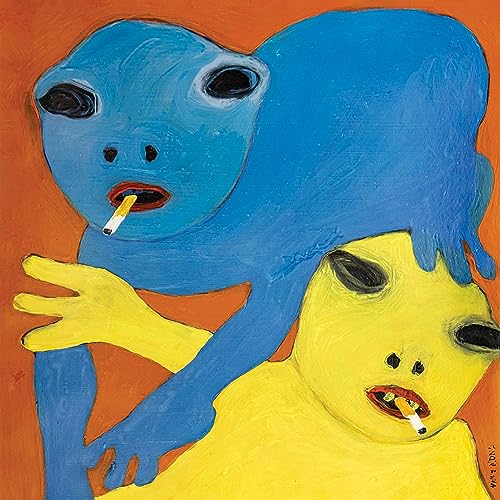 Sam Cohen’s solo debut, 2015’s Cool It, came after years of music from other bands that his warm psychedelic pop sat at the core of. Throughout the 2000s with Apollo Sunshine and for a few years afterwards with his solo project turned full-on band Yellowbirds, Cohen penned blissful songs of dusky orchestral rock with nods to ’60s influences. He continues working in this territory on second solo album The Future Is Still Ringing in My Ears, advancing his songcraft without straying too far from a well-established template of good-natured retro-pop. The album opens with a thrum of noise that gives way to the slinky groove of “I Can’t Lose.” The song rushes through a bevy of subtle arrangement shifts before Cohen even sings the first line, jittery synths and bass opening up into countermelodies played on acoustic guitar and harpsichord. The song glows softly, introducing its layers of vocal harmonies and mellow instrumental shifts coyly. Even an explosion of treated dual guitar soloing near the song’s end feels somehow understated. This unassuming production also graces the upbeat bounce of “Something’s Got a Hold on Me,” hiding quasi-political lyrics under feel-good electric piano and flowery Todd Rundgren-esque harmonies and unexpected synth breakdowns. In the years following Cohen’s work with Yellowbirds (and his first solo album), similar artists like Kevin Morby and Steve Gunn emerged to mass popularity, channeling some of the same inspirations. Cohen and Morby’s shared debt to post-motorcycle-accident-era Dylan show up on the shadowy shuffle of “Man on Fire” and in the epic dirge of “Dead Rider,” a song that somehow expresses triumph in a depressed way, and vice versa. Dispirited horn parts compete with a choir of backing vocals in a woozy swim. Hope and melancholy butt heads throughout The Future Is Still Ringing in My Ears, even when Cohen returns to his theatrical Flaming Lips-ian moves on album closer “The Future.” The lyrics are overtly hopeless, but much like the rest of the album, the song manages to blend pessimism with warmth. Even in the darkest moments, the inviting production and mind-bending twists are enough to distract from the sometimes bleak realities Cohen is fixated on.