Posted by Green on August 27, 2018
in americana
as Ryan Culwell 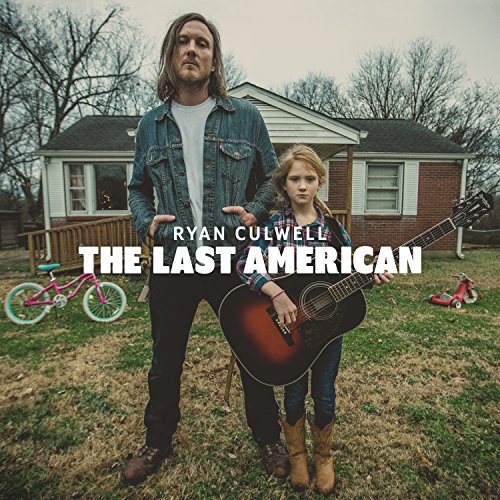 Ryan Culwell returns with The Last American, his third full-length album and first release in more than three years. The collection marks his debut on Missing Piece Records and captures Culwell at his finest as he crafts poignant portraits of ordinary Americans just trying to get by in these trying times.

“Think of my record, The Last American, as a letter to a loved one who is hurting,” explains Culwell. “I speak love, encouragement, direction, warnings and hope. This is how I speak to those I love most. Some of the songs were literally written to my daughters and we sing them before bed. The title track says the things a friend might say in a time of need… to carefully pull the festering splinter from a swollen palm. If you love America, this song is for you.”

Recently, Culwell shared “Can You Hear Me,” the first single released from The Last American. Rolling Stone Country said the song “is a mellifluent blast of Eighties dream-pop that evokes both the soul-searching lyricism and huge choruses of Springsteen… it’s an immersive, glossy listen, made for late nights, quality headphones or, even better, as the soundtrack to an episode of Stranger Things.”