Posted by on February 7, 2016
in americana, rock
as Ron Pope & the Nighthawks 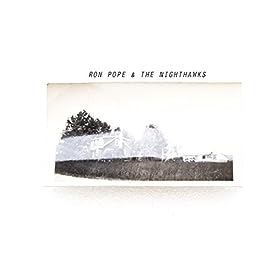 The music industry might be constantly changing, but the mystery of writing a hit stays stubbornly the same. The proudly independent, Georgia-raised, New York-based roots rock, country and blues singer-songwriter Ron Pope has released 12 albums since 2007. But only one song, the swooping, American eagle-like piano ballad A Drop in the Ocean, has seized the public’s imagination, notching up in excess of 100m streaming plays.

What distinguishes it so markedly from everything else in his vast and varied repertoire? It’s hard to say, but Pope makes a good fist of stirring life into a neither sizeable nor especially animated Sunday night audience at this Celtic Connections show, even if he obstinately makes them wait all of 90 minutes before getting to the tune that has probably brought most of them out through the evening’s snowy weather.

After establishing his career as a soloist, Pope reinvented himself as a biblically long-haired and bearded bandleader fronting The Nighthawks, a tidy seven-piece assembled in the E Street Band’s image. Guitar, bass, drums and keys are the meat and veg in their stew, but seasoned richly with blasts of Stax horns on Hell or High Water – its riff brazenly lifted from Gimme Shelter – or a rasping sax solo on Van Morrison-informed soulful lament Goodbye, or lilting accordion on the folk-tinged Seven English Girls.

Elsewhere, Pope invokes the Eagles on White River Junction, a rolling country-rock rumination on excess and escape with the Gram Parsons-worthy outlaw refrain “cocaine, cocaine, cocaine”. With the band huddled close around him singing pristine group harmonies, his acoustic cover of the Faces’ Ooh La La could moisten a statue’s eye.

“One great big-ass singalong before you go home” is finally promised as Pope ushers a phone-camera brandishing audience in close to “do that damn oceans song”, tongue lodged perhaps only loosely in cheek. Given a lush full band treatment, it’s a little overwrought if very handsome, which is to say as good as anything else in this set.