Posted by Green on August 8, 2018
in country-rock
as Rodney Crowell 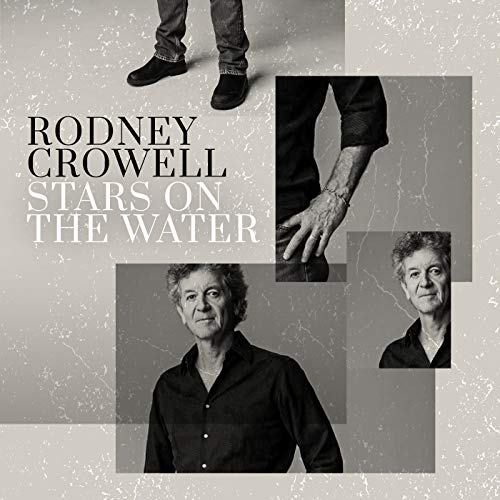 When Rodney Crowell first gained widespread recognition as a leader of the new traditionalist movement of the mid-’80s, he was, in fact, a singer, songwriter, and producer with roots and ambitions extending far beyond the movement’s perimeter. Born to a musical family on August 7, 1950 in Houston, Texas, Crowell formed his first band, the Arbitrators, while in high school, and in 1972 moved to Nashville to become a professional musician. There, he struck up friendships with singer/songwriters Townes Van Zandt and Guy Clark.

Crowell’s first big break came while he was performing as a lounge singer, where one of his acoustic sets was heard by Jerry Reed. Crowell’s own “You Can’t Keep Me Here in Tennessee” caught the ear of Reed and his manager, and two days later, Reed recorded the song after signing Crowell to his publishing company. In 1975, Crowell moved to Los Angeles to join Emmylou Harris’ Hot Band as a guitarist, and soon became one of her primary songwriters; among the Crowell compositions Harris first popularized were “Till I Gain Control Again,” “Ain’t Livin’ Long Like This,” “Leaving Louisiana in the Broad Daylight,” and “Bluebird Wine.” In 1977, Crowell exited the Hot Band to form his own group, the Cherry Bombs, and in 1978 released his first album, Ain’t Living Long Like This; surprisingly, given that he had built his growing reputation as a songwriter, his first two minor hits “Elvira” and “(Now and Then, There’s) A Fool Such as I” were both covers.