Posted by Green on October 31, 2019
in alternative rock
as Robert Fripp 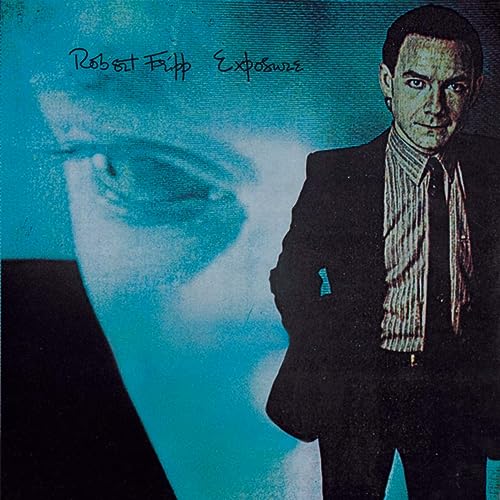 The first part of Robert Fripp’s fabled ‘Drive to 1981’, Exposure, his lone true solo album, is the contradictorily beautiful piece of work that reintroduced the former King Crimson leader back onto the music scene in 1979. Galvanised into action by his guest appearance on David Bowie’s ”’Heroes'”, Fripp made an album in New York that neatly précised his past, present and future working primarily with Daryl Hall.

However, when Hall’s manager, Tommy Mottola, was horrified with the results, Fripp kept two of his vocal performances and brought in guests such as Peter Hammill and Terre Roche to sing the other parts alongside stellar players such as Peter Gabriel, Brian Eno and Phil Collins. As a result, it remains one of the most nervously thrilling of all Fripp’s recordings.

With its speech interjections, the work’s light and shade seems in sharper relief than ever. The instrumental ”Breathless” -”Larks Tongues III” in all but name -is as aggressive as the Hall-voiced ”North Star” is pure and mellow. The extremist, blocky funk of the title track and the subtle understatement of ”Here Comes The Flood” take back Gabriel’s originals and render them poignant.

With the comprehensive annotation and attention to detail that could only happen with a Fripp release, Exposure – in this double disc edition – remains a perfect entry point for those who want to know quite how thrilling the art-rock scene was at the turn of the 80s. –Daryl Easlea