Posted by Green on January 13, 2020
in blues-rock
as Robert Cray 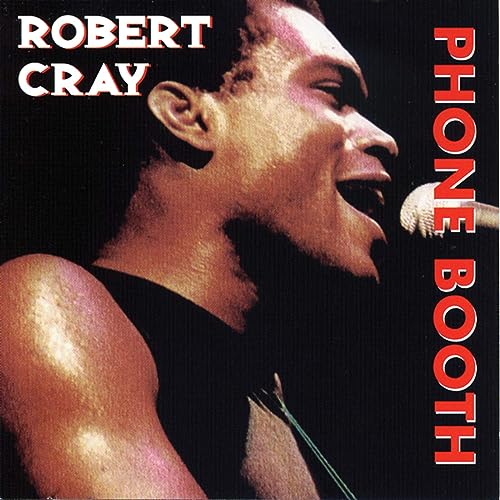 Heritage of the Blues: Phone Booth is a cheaply packaged collection that takes the highlights from modern bluesman Robert Cray’s two records he recorded for Hightone at the beginning of his career. When he burst on the scene in the early ’80s, Cray’s soulful blues really caught on with blues fans who were looking for a modern voice and a modern sound. Songs like “Phone Booth” and “The Grinder” were rooted in the real blues but given a light, almost pop sheen that made them easy to swallow. This collection has six songs each from 1983’s Bad Influence and 1985’s False Accusations. Bad Influence is the better record of the two by far, and the songs from the album (“Phone Booth,” “Don’t Touch Me,” “Bad Influence,” the Stax-influenced cover of Eddie Floyd’s “Got to Make a Comeback,” “The Grinder,” and “Where Do I Go from Here”) are more immediate and sound much more inspired, especially Cray’s solos, which sting like angry bees. The songs from False Accusations (“Porch Light,” “The Last Time [I Get Burned Like This],” “Playin’ in the Dirt,” “Change of Heart,” “Payin’ for It Now,” and “I’ve Slipped Her Mind”) are still strong, but suffer from over-production. The cheesy synths and just plain bad bass tone date the songs horribly, Cray sounds tentative, and only “Porch Light” is equal to the songs from the previous record. Dedicated fans of Cray will most likely already have the two Hightone records and certainly don’t need this compilation. Anyone looking to discover the early Robert Cray would be best served by skipping this and picking up Bad Influence instead.