Posted by Green on September 28, 2018
in progressive rock
as Riverside 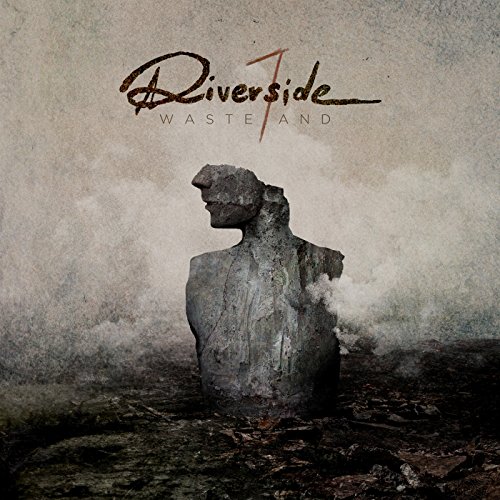 The narrative for every review of Riverside’s seventh studio album was set long before the band had even started writing it. When Piotr Grudzinski, lead guitarist, band co-founder and long-time friend of main man Mariusz Duda tragically died in February 2016, questions were raised about the band’s future; would Riverside continue, and if they did who could replace such an integral part of the group’s dynamic? With the band only just beginning to gain the acclaim and respect they have long deserved to see them suffer such a sudden and shocking end seemed unfair. So the band decided to carry on with new album Wasteland – not replacing Grudzinski, instead continuing as a trio with Duda and guest musicians Maciej Meller and Mateusz Owczarek filling in on the guitar parts. It is valiant of the band to continue, but the absence of Grudzinski is such an overwhelmingly integral part of the story that it threatens to overshadow the music itself. This is rather unfair – Riverside have long been the purveyors of some of the most emotional progressive metal around, and in that sense Wasteland is merely business as usual.

As the title suggests, the album has a post-apocalyptic feel to it, telling the tale of a man who has survived the end of the world, and the sense of loss one would feel. This creates a nice mood around the album, a slight western tinge mixing with ideas of campfire tales and lullaby-like melodies to really set a sense of place. The sparse use of instrumentation also serves to create a sense of desolation and loss, a minimalist attitude rare for a progressive record. Yet this is still undeniably a Riverside record – obvious references to previous album Second Life Syndrome, particularly in opening and closing songs ‘The Day After’ and ‘The Night Before’ aside, the band’s ability to infuse great emotion into complicated instrumental sections remains and continues to set them apart from their peers. While this is a rebirth for the band it is certainly not a reinvention.