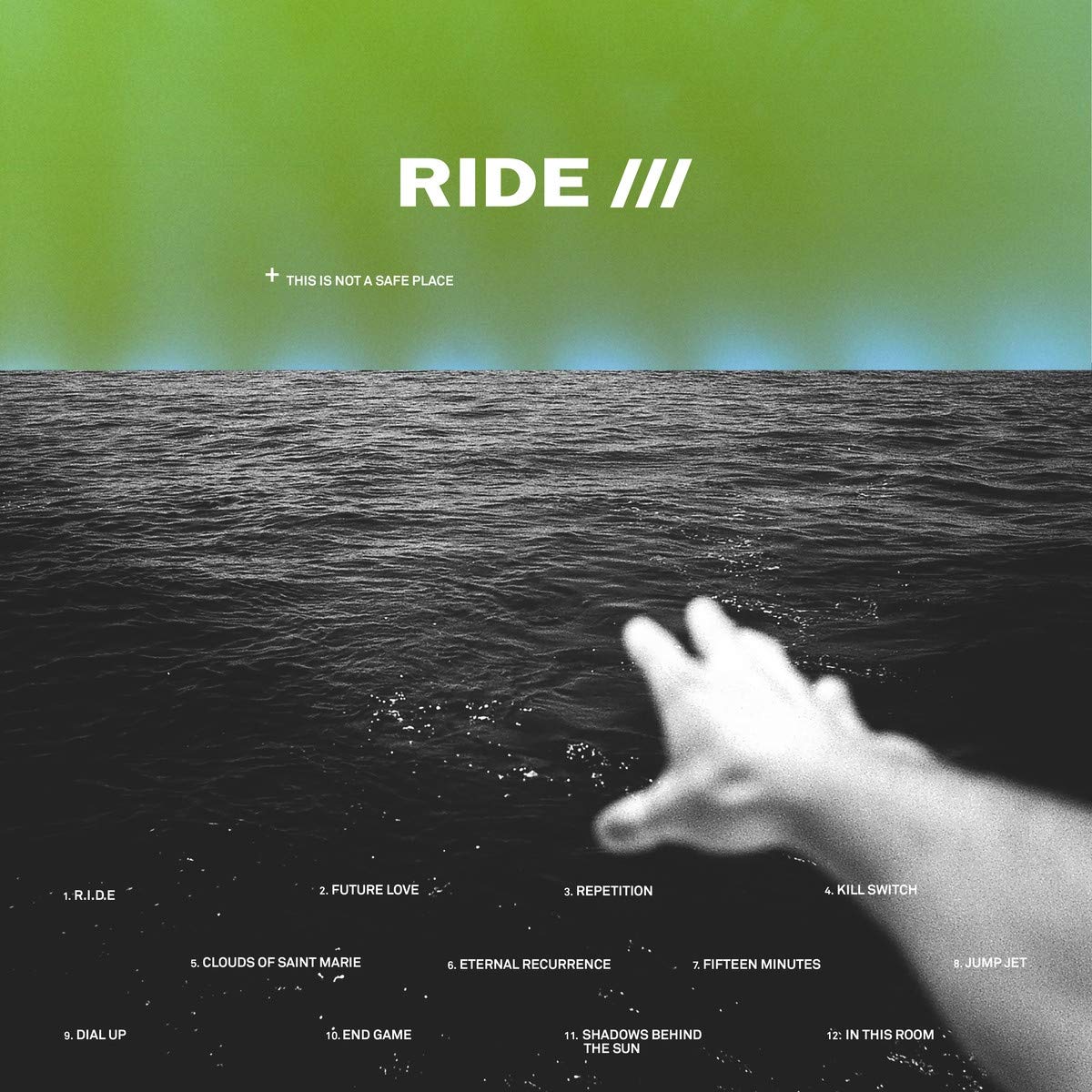 If you listen closely to This Is Not a Safe Place, Ride’s second post-reunion album, you can hear the exact moment when they stop caring what people think. It happens 16 seconds into the first track “R.I.D.E.”: the shuffling drums pause, the swirling guitar effect abates, and a voice solemnly intones the band’s name into the silence, like a hip-hop producer testing a calling card on their first BeatStars upload. It’s strange, funny, and unexpected, an out-of-the-blue, well-actually-why-not experiment that suggests a band entirely at peace with their place in the world.

This same happily adventurous spirit runs through the best of This Is Not a Safe Place. The band has variously described it as a guitar album and a work inspired by Jean-Michel Basquiat. Behind both of these not-particularly-illuminating descriptions lies an emboldened album by an emboldened band, one that seems to realize that people genuinely like them after all these years, giving them license to merrily tinker with their legacy.

London producer and DJ Erol Alkan, who produced 2017’s Weather Diaries, is back on board, but This Is Not a Safe Place feels considerably more natural than its predecessor, which felt like the work of a band that felt like it had to change, rather than one that really wanted to. This Is Not a Safe Place easily encapsulates everything from juddering guitar assaults (the very Swervedriver “Kill Switch”) to Byrds-ian jangle pop (“Future Love”) and acoustic laments about the internet (“Dial Up”). Strangest of all is “Repetition,” which sounds uncannily like the work of the Human League, made all the better by lyrics that seemingly thumb noses at fans who want Ride to knock out “Drive Blind”-style guitar fuzz until they keel over on their own amps. “Repetition” sounds—in the very best way—like a song knocked together in five minutes of spare studio time with inspiration flowing and the pressure off. “Dial Up,” meanwhile, cleverly intertwines a synth line among its acoustic guitars, the undulating electronic tones adding to the song’s overall effect rather than tearing the listener’s attention away.