Posted by Green on December 4, 2019
in blues, jazz, soul
as Ray Charles 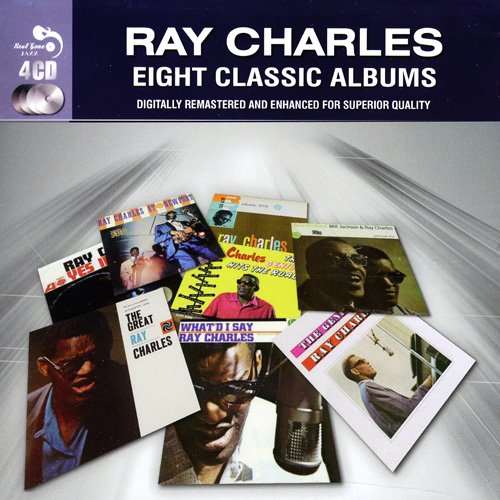 This varied, budget-priced, four-disc set collects seven of the great Ray Charles’ Atlantic Records LPs, plus an LP from ABC Records in the same package, which means one hears Charles in all sorts of formats, with small combos, at the piano in an intimate setting, with full orchestras, and in live performance, and it adds up to a wide-angle look at one of the most important voices of 20th century pop music. Included are the albums Ray Charles and The Great Ray Charles, both from 1957, Yes, Indeed!! and Brothers of Soul, both from 1958, Ray Charles at Newport, What’d I Say, and The Genius of Ray Charles, all from 1959, and The Genius Hits the Road from 1960. Genius, indeed — this is vintage Ray Charles in the middle of his legendary career.