Posted by Green on June 29, 2020
in country
as Prinz Grizzley 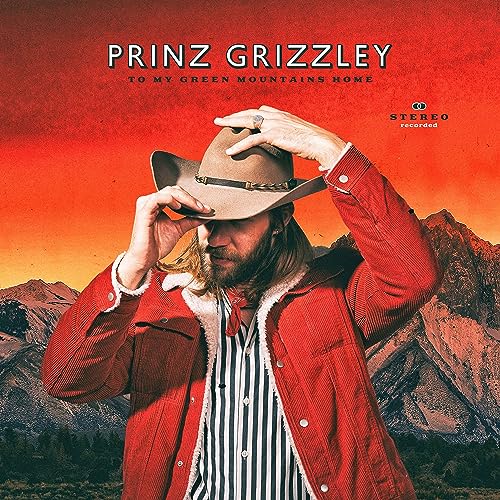 After the stark monochrome portrait which adorned his first album Come On In, Chris Comper (AKA Prinz Grizzley) has elected this time for a vivid riot of red to entice listeners into his follow-up, the sleeve looking as much like a movie poster as a record cover. It perhaps indicates a greater confidence in himself as since releasing Come On In, Prinz Grizzley have played countless festivals and completed a lengthy European tour with Seasick Steve. On his travels, Comper bumped into renowned producer Beau Bedford (best known for his work with Paul Cauthen), a serendipitous moment as it led to Bedford travelling from Nashville to Austria to produce the record. The result is a somewhat brasher effort than the debut release with much more thump in the engine room when required allowing Comper to expand his palette.