Posted by Green on September 28, 2018
in funk, soul
as Prince & The Revolution 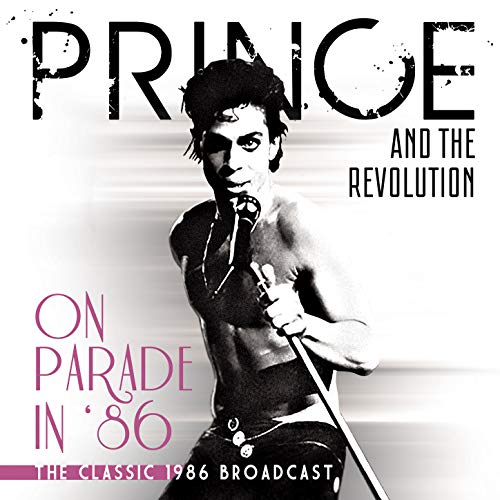 In 1985, riding high on the record-breaking Purple Rain album, tour and film, Prince announced that he would retire from live performance immediately after the release of his next record. Yet upon its release, mixed reviews for Around the World in A Day brought Prince to a watershed in his career. A re-invention began the following year with the release of Parade in March 1986. Prince re-launched with a new image, abandoning the ruffled shirts and velvet suits of Purple Rain and appearing instead with hair slicked back in sharp, modern attire. Widely acclaimed by critics, Parade sold in vast numbers, particularly in Europe, where sales outstripped those in the US for the first time. Prince s pledge that he would no longer perform live was swiftly dropped and, after a low-key series of dates around the US, he embarked on his first ever European tour, backed by an expanded version of The Revolution into which members the defunct Family were absorbed. The Parade tour proved to be both of the first of the new era and the last of the old. Following the final show in September 86, Prince fired Wendy and Lisa and disbanded The Revolution. This show, broadcast live from The Isstadion, Stockholm on the 22nd of August 1986, thus provides a fascinating record of a critical juncture in the Prince story. Prince performs the bulk of Parade alongside a selection of greatest hits from across his career including Controversy, Raspberry Beret, Head, 1999, When Doves Cry & Purple Rain. On Parade In 86 is an essential recording for anyone with an interest in Prince a stunning collection from his first tour of Europe, and his last with The Revolution, it captures a critical moment in the endlessly compelling Prince story.