Posted by admin on February 1, 2020
in blues, country, folk
as Possessed by Paul James 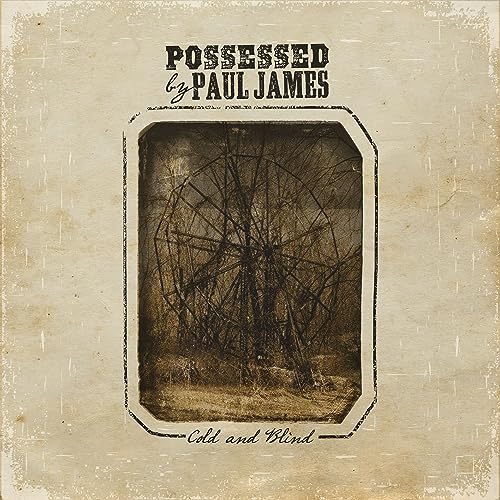 Jon Konrad Wert, the one-man band known as Possessed by Paul James, is a conflicted man. He grew up in a religiously devout Mennonite society. His father was a preacher. His mother was a piano teacher. Somewhere in his past he discovered pre-World War blues and an antithetical lifestyle to his Amish-like upbringing.

Wert plays banjo, guitar, mandolin, violin and a “stomp-box” (which is, apparently, a board attached to a tambourine that one pounds on with his or her foot). He plays in a passionate fervor of outbursts, hooting and hollering as if on fire, or, as his project name suggests, possessed. His sound is a restrained explosion of old blues and country. He’s got some demons, and he spits them out and eats them back up.

Cold and Blind is a collection of rather lo-fi live songs — some were recorded with an audience and others, unedited songs that sound like they were recorded in an empty living room. The raw recording documents this aural torrent perfectly, like an unedited home video of a tornado’s destruction. He dynamically blends rageful stomps and quiet gut-spilling country ballads, deep-throated barks and meek Daniel Johnston-like singing.