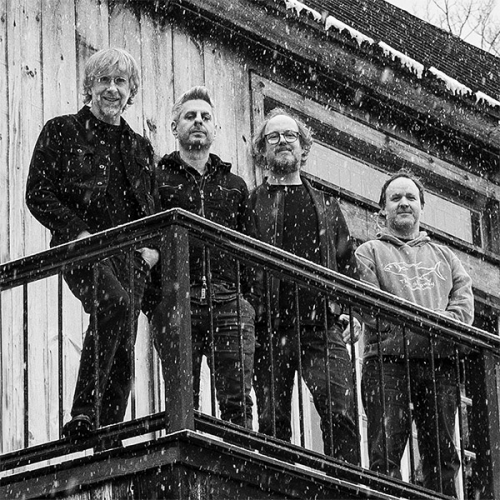 “Sigma Oasis” is Phish’s first studio release since 2016’s “Big Boat” and was largely recorded during a week-long session last November at guitarist Trey Anastasio’s barn studio, keyboardist Page McConnell said during the “Dinner and a Movie” set break. The group has been tinkering with the sessions ever since with the assistance of longtime collaborator/engineer Vance Powell.

“To have this mountaintop barn where we can go and have the idea that playing together is best and get in there and do that in a little weird way, it makes it like a show vibe, because the chemistry happens,” bassist Mike Gordon said.

“Sigma Oasis” is named for a song debuted by Anastasio at a solo concert in December 2018. Phish’s version of the track was played live for the first time when it opened a Dec. 8, 2019, show in Charleston, S.C. Another new song, “Everything’s Right,” was briefly teased during the broadcast.