Posted by Green on October 11, 2018
in rock
as Peter Holsapple & Alex Chilton 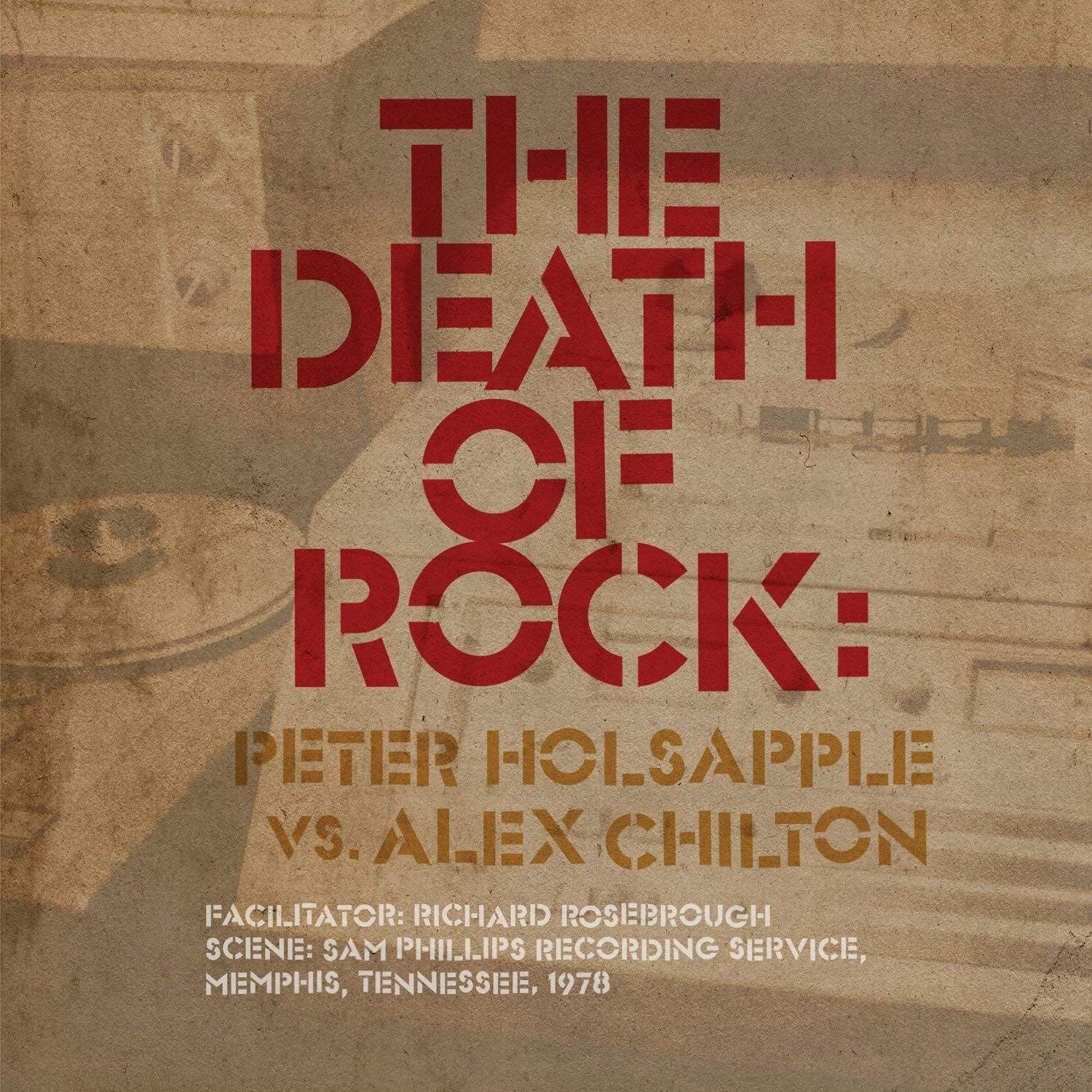 It’s 1978 at Sam Phillips Recording Service in Memphis, TN. Peter Holsapple had rolled into town chasing the essence of Big Star. He hooked up with musician/engineer/friend-of-Big-Star, Richard Rosebrough after approaching, and being turned down by, Chris Bell who Holsapple had hoped might be interested in producing him. Together Richard and Peter started laying down tracks during the off hours at the studio.

Chilton meanwhile, was knee deep in the making of Like Flies On Sherbert, also being tracked at Phillips. He told Peter, “I heard some of that stuff you’re working on with Richard… and it really sucks.” Alex promised to come by and show Peter “how it’s done.”

The results? Alex’s tracks definitely line up with the chaos found on Flies, while several of Peter’s songs found homes on The dB’s albums (“Bad Reputation” and “We Were Happy There”) and on an album by The Troggs (“The Death Of Rock” retooled as “I’m In Control”), so not a loss at all. What we have in these newly discovered tapes, is a fascinating pivot point with both artists moving past each other headed in distinctly different directions. Chilton moved toward punk/psychobilly as he began playing with Tav Falco’s Panther Burns and produced The Cramps debut, Songs The Lord Taught Us, within a few months of these recordings. Holsapple was off to New York to audition for The dB’s and enter the world of “sweet pop.”

Liner notes by Peter Holsapple tell the story of these recordings firsthand and author/filmmaker/Memphian, Robert Gordon, helps pull the time and place into focus. Previously unseen photos included in the package are drawn from the collections of Peter Holsapple and Pat Rainer. Produced by Cheryl Pawelski with mastering by Mike Graves at Osiris Studio and Jeff Powell at Take Out Vinyl/Sam Phillips Recording Service in Memphis, who brings it all right back to where it started.