Posted by Green on July 11, 2019
in experimental, post-punk
as Pere Ubu 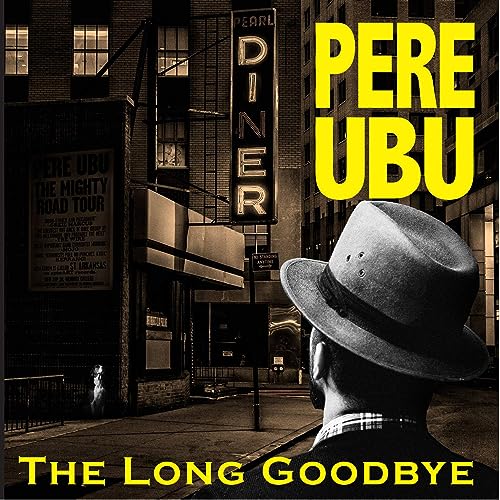 Pere Ubu unveil their new album, THE LONG GOODBYE, nearly two years after their previous record for Cherry Red, 20 Years In A Montana Missile Silo. Named after Raymond Chandlers novel, THE LONG GOODBYE is the end of a road. Front man David Thomas has long talked of their journey to Satisfied City: This wraps up every song and story that Pere Ubu has been telling in different ways for the past forty plus years. This Pere Ubu album sounds like no other. It boasts a large expanse of synths due to Thomas writing and arranging the songs alone with his collection of drum machines, synthesizers and a melodeon before sending to the other musicians to complete this unique fusion of techno meets trad rock meets the avant garage. The CD edition boasts a live bonus disc, recorded in December 2018. Former member Chris Cutler rejoined David Thomas, Gagarin and Keith Moliné to play the entire album to a packed theatre in Montreuil, Paris. The show also included the seminal Pere Ubu classic Heart Of Darkness and Neil Youngs Running Dry.