Posted by Green on August 18, 2019
in folk, jazz
as Patricia O'Callaghan 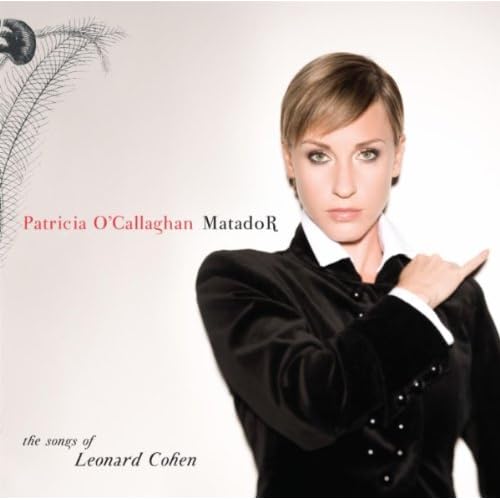 Often described as the most promising cabaret artist of her generation, Canadian soprano Patricia O’Callaghan’s back catalog is littered with cover versions of her homeland’s most famous troubadour, Leonard Cohen, but named after the Toronto tavern he regularly used to frequent, Matador is the first time she’s dedicated a whole album to his hugely influential body of work. Featuring material from 1967’s The Songs of Leonard Cohen (“Suzanne”) right up to 2001’s Ten New Songs (“Alexandra Leaving”), its 13 tracks prove she certainly knows her stuff, but her elegant delivery and tasteful arrangements should also help appease those who argue his celebrated output should remain untouched. Indeed, although two of Cohen’s forays into synth territory, “Everybody Knows” and “I’m Your Man,” are transformed into a rousing slice of theatrical blues and a seductive lounge-pop number respectively, O’Callaghan largely opts for subtle changes rather than radical reworkings, whether it’s pushing the lilting strings to the forefront on “The Window,” whipping up a singalong finale on “Dance Me to the End of Love,” or opening the somber breakup song of “The Gypsy’s Wife” with some trip-hop-tinged beats. Elsewhere, she’s joined by an array of guest vocalists including Barenaked Ladies’ Steven Page on the shuffling jazz of “The Smokey Life,” Arabic singer Maryem Tollar on the understated melancholy of “If It Be Your Will,” and Toronto musician Sienna Dahlen on the poignant folk of “Anthem,” while the much-covered “Hallelujah” and “Joan of Arc” (two of four songs that have appeared on her previous releases) see her showcase the operatic leanings that defined her early career. A graceful and respectful homage to a true musical icon, Matador: The Songs of Leonard Cohen cements O’Callaghan’s position as one of his most accomplished interpreters. ~by Jon O’Brien