Posted by Green on September 27, 2021
in progressive rock, space-rock
as Ozric Tentacles 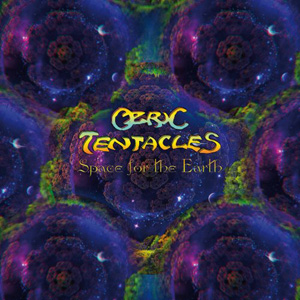 Written, programmed, recorded and produced throughout 2019/20 by Ed Wynne in ‘Blue Bubble Studios’ by the sea, this exploratory and diverse musical adventure comprises seven tracks spanning 45 minutes. Wynne feels that lockdown in a strange kind of way provided space for the Earth to breathe for a while and for people to rediscover its resonant healing frequency. “This is space music for people from the Earth to enjoy”.

The album ebbs and flows through blissed-out soundscapes featuring incendiary guitar solos, space grooves and ambient atmospheres.
Initially released in 2020, Space For The Earth features 30 minutes of new music spread across 6 parts, a chance to revisit this modern classic from the psych-legends.