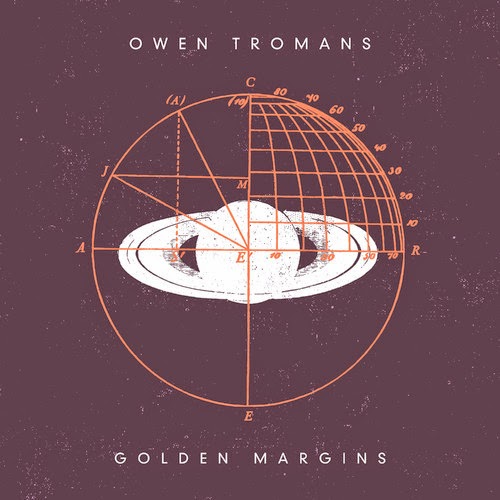 Owen Tromans grew up in The Black Country and led John Peel favourites San Lorenzo before pursuing a solo career that has seen him release several acclaimed albums and tour extensively, supporting the likes of Best Coast, Idlewild and Plush. Owen has also appeared on collections alongside Devendra Banhart, Mercury Rev, and members of Sonic Youth, and shared split singles with the likes of Wooden Wand.

On Golden Margins Owen reunites with his band, The Elders, to produce nine songs drawn from a deep well of inspiration. Recorded during the depths of winter in the Hampshire countryside, the album channels ghostly chill and laid-back charm in equal measure, as though poised on the transition between the colder season and the spring that follows.

Driven along by Byrdsian twang and thrum, the title track takes a sideways glance at playing music in your mid-thirties, where “now at the shows they think I’m the manager,” and looks back to Owen’s early days with San Lorenzo. ‘1682’ however is a Tromans epic in the vein of ‘Acre’ or ‘John’s on the Bridge’, a satisfying lurch through a tale drawn from the witch trials of seventeenth century England. The song is propelled by Mike Davies’ soaring pedal steel which has become a feature of the new Elders sound.

In contrast to the band pieces, the chamber folk of ‘Queen of Spain’ and ‘Saltwater Curse’ will provide those familiar with Owen’s work with two more spooked gems to sit alongside the likes of ‘Bella in the Witch Elm’.

Closing the album is the ghostly echo of ‘I Saw Him’, which sees the return of James Acre to Tromans’ grand narrative. A window to future work, perhaps, but for now ‘Golden Margins’ is Owen’s most confident statement yet.