Old & In The Way – Discography

Posted by Green on November 5, 2020
in bluegrass, country, Discography
as Old & In The Way 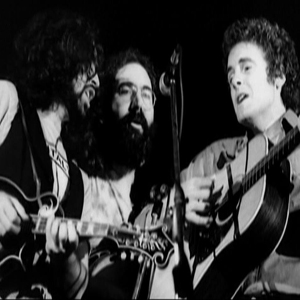 Old & In the Way was a bluegrass group formed in 1973. It was composed of Peter Rowan (guitar, vocals), Vassar Clements (fiddle), Jerry Garcia (banjo, vocals), David Grisman (mandolin, vocals), and John Kahn (string bass). When the group was forming, it was intended that John Hartford would be the fiddle player. Based on Hartford’s engagements, and Clements’ reputational stature in the bluegrass community, Clements became the group’s fiddler.

The group performed traditional tunes such as “Pig in a Pen” as well as bluegrass-flavored versions of the Rolling Stones’ “Wild Horses” and Peter Rowan’s “Panama Red”.