North Mississippi Allstars – Up and Rolling (2019)

Posted by Green on October 5, 2019
in blues, southerrn rock
as North Mississippi Allstars 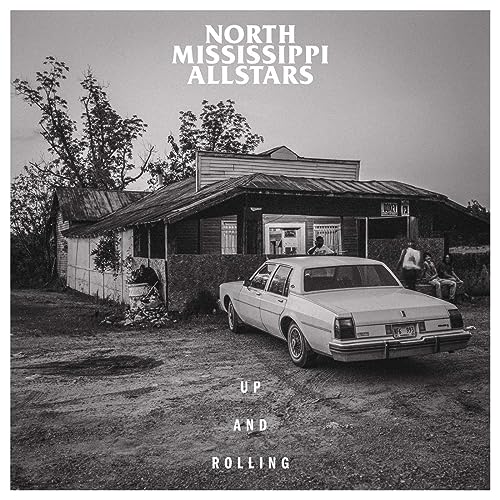 The tenth album from North Mississippi Allstars, Up and Rolling, was inspired by a forgotten roll of film. Shot by Texas photographer Wyatt McSpadden, the images documented a Sunday in 1996 when Luther and Cody Dickinson showed the photographer around their native north Mississippi—a month later, the Allstars made their Memphis debut, using their father Jim Dickinson’s roots music concepts as a springboard for experimentation, and the rest is history. Over two decades later, after McSpadden rediscovered the photos he’d taken and tracked down the Dickinson brothers in 2017, those timeless images inspired the band to transmute those memories into music.

Our first taste of that music arrives today, June 26, in the form of Up and Rolling’s first single, premiering right here at Paste: a soulful rendition of The Staple Singers’ classic “What You Gonna Do,” featuring the great Mavis Staples herself. “Mavis is my queen and it is an honor to be associated with her in any way,” says Luther. “She is a hero and I will always keep on marching in her name.” The rest of the album’s 12 tracks, produced by the Dickinsons and recorded at their family’s The Zebra Ranch studio in Independence, Miss., feature guest appearances from Jason Isbell, Cedric Burnside and Duane Betts, with Carl Dufrene on bass and Otha Turner’s granddaughter, Sharde Thomas on fife and vocals. The whole kit and caboodle comes out Oct. 4 on New West Records.

“What You Gonna Do” originally appeared on The Staple Singers’ essential 1965 album Freedom Highway, which opened Luther’s eyes wide as a young roots musician. “Freedom Highway became one the the records that changed my life,” he recalls. “Pulled from my father’s record collection, this music recorded live in a Chicago church, transported me into a live church service with The Staples Singers with drums and bass! This did not sound like my grandmother’s Baptist church. This gospel was so beautiful, yet funky. “What you Gonna Do?” is the bluest gospel song I have ever heard.”

North Mississippi Allstars’ new rendition of the song stays true to that blue while retrofitting it with what Luther calls “the sound of modern Mississippi,” expanding on the blues guitar-driven original with funky riffs, lively organ and shuffling percussion. Staples’ singing proves a comforting presence on the song, even as she asks, “What you gonna do / death comes creepin’ in your room? / Oh my lord, oh my lord / what shall I do, what shall I do?” It’s an impossible question to answer, but Staples is unafraid, lifted up on a rising tide of timeless instrumentation that sounds unmistakably like home.