Posted by Green on May 31, 2019
in folk, singer-songwriter
as Norrie McCulloch 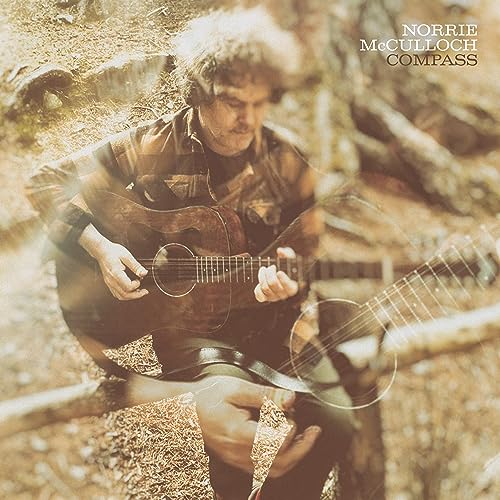 It’s a sign of the times that, alongside many of his peers, Norrie McCulloch had to fund this latest album via Kickstarter and not through a Record Label that ‘believed in him’.
Any hoot, the cash was promised and the record is here…… and therefore the world is a better place.
While I loved the resolute starkness of his last two albums; but there’s something of a ‘band feel’ here; none more so than the opening track Dear Lady Blue’ an intense and bittersweet love song that is drenched in harmonies yet also features some stinging mandolin too, yet you are always drawn back to the singer’s distinctively warm Scottish brogue and words.
For me there’s always been something about Scottish singing voices that gives off an ‘authentic aura’ regardless of whatever topic they are singing about, as is especially the case with the song that follows Road Sign, about a man who is reminded of ‘the love of his life’ in the mundane things he sees everywhere, including the Road Signs.
Here McCulloch flits between heartfelt love songs and blue collar working imagery with ease; and a couple of times manages to combine the two. Janey (When We Were Young) opens with a mournful harmonica solo, then the story about a young lost soul arriving in the mining village; and managing to touch his heart over the next few years in a way few, if any can ever match, then disappearing when her Father’s work took them away again. It’s an intricately clever song masquerading as a simple Folk number; but be under no illusions …….. you will be left with a lump in your throat as you too, remember someone special from your own childhood.
Drinking Money, on the other hand is a jaunty Folk tale of the ‘working man’ who is willing to risk everything, as long as he has enough money to go out ‘for a drink’ at the end of the week.
The title track Compass is a left turn for the singer-songwriter, as it not just includes congas but some really fluid guitar playing on a song that may be about a literal Compass that guides his way through life; or is it a ‘moral compass’? Perhaps we will all have a different interpretation. In it’s own way, this song reminds me of the great and underrated String Driven Thing, in concept and construction; and I know Norrie is also a fan of the late Chris Adams.
On the accompanying piece of artwork Norrie included in my package, he describes his ‘work’ as ‘Folked Up Country’; and I only wish I’d though of that earlier; as it’s the perfect description for the three songs that close the album, She’s So Good, Simple Life and With You In My Life; which will all sit comfortably in the Folk Clubs of Britain, the downtown bars across Canada and the Honky-Tonks of Middle America; or basically where people gather to drink beer and listen to very good music.
Quite a few songs came under consideration for the title of Favourite Song at one time another; but from the first time I played Hollow Love a month ago to earlier today, I knew it was a very special song indeed. Like many other songs here, it has it’s roots in the work of famed Scottish songwriters like Jackie Leven, Donovan and Eddi Reader, but Guy Clark and John Prine too in the way McCulloch takes his and our emotions and rings the very life out of them.
It may have been hard work, physically and emotionally getting this album together ……. but it’s well worth it; and I have a feeling it could be a stepping stone to something special for this Son of Scotia.