Posted by Green on May 4, 2020
in americana, folk
as My Girl the River 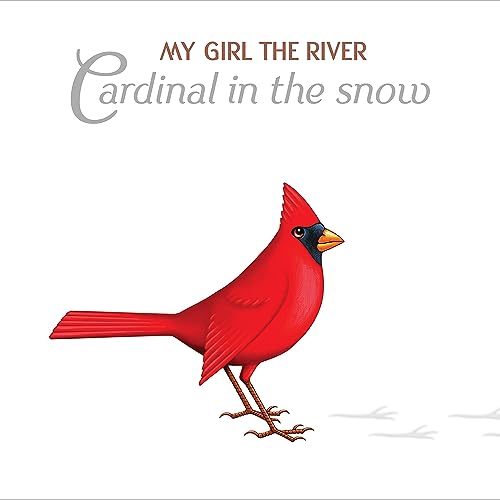 Co-produced by Neilson Hubbard (who also plays the drums) and featuring Will Kimbrough on guitar, mandolin and glockenspiel, Juan Solorzano on steel guitar, Danny Mitchell on piano, Cara Luft guesting on banjo, and Kristin Wilkinson supplying the strings with Carole Rabinowitz on cello and backing vocals courtesy Lisa Olivier Gray and Jonathan Byrd, this is the second album by Louisiana-born but now UK-based Kris Wilkinson Hughes and husband Joe since transforming from Cicero Buck into My Girl the River with their 2016 debut This Ain’t No Fairytale.

They’re joined this time round by their 14-year-old daughter Ruby on the ukulele, making her bow on the drum-shuffling opening track, Something In The Water, a song about seeking connection and grace that features a rap style spoken refrain. Pedal steel sounds the opening notes of the Southern country flavoured I Try, in which she sings about trying to be a good daughter, partner and mother, a good person trying “to do more for all the people hurting”.

There are, of course, those that do not feel the same way, who try to hurt or bring you down and it’s to them that, swathed in strings, the defiant anthem You Do Not Deserve My Tears is addressed, a refusal to let them get to her and declaring that her tears are “reserved for those who love me”.

Of course, sometimes its those you love who can hurt you the most, and that’s what underpins the Patsy Cline waltzer Christmas In July where a lover’s kiss might seem like the festive season’s come early, but waiting around as the nights grow longer and more sombre reverses the metaphor. In contrast, featuring Mitchell laying down some jazzy saloon piano, Hot Chicken is a funky New Orleans groove served with southern fried sexual innuendo and a shouted title splash of chilli sauce.

Taking more of a Southern Gothic vibe with its dry percussion, throaty guitar lines and opening Leone-air, They Won’t Find Our Bones has her singing “Let the horses go/we don’t need ’em where we’re headed/drop your guns to the ground/they won’t save you now”, the “whisky from the bottle” refrain given a loose-limbed chant feel.

The slow march-paced, steel-stained title track, named for the bright red passerine birds, is a particular highlight, taking the way that the bird stands out as a metaphor for not blending in, but with the pride of being a passionate individual rather than a misfit, a cardinal not a dove. It’s duly followed by another stand-out, the achingly poignant slow waltz strum of He Doesn’t Know He’s Gone, a song about mortality written the day 80s power pop star Tommy Keene died in his sleep, the subject of the song never to wake up to “the day he was gonna fix the door/The squeak in the floor, that rattle in the eave” and give his wife a surprise, a reminder perhaps, to never put things off and to show our love today.

Needy is a sweet chiming folksy pop song with 60s DNA and a naggingly catchy singalong chorus about not being such an attention seeker, followed in turn by the wry you love more for all my faults The Spark with its steady walking rhythm and piano chimes where her lover’s there for when she can’t bear her own reflection.

Slow Mover is another steel-streaked slow waltz built around the idea about not rushing into things (“don’t expect me to kiss you on the first night”), the more to savour the pleasures and the experience of falling in love, Kimbrough’s twangy guitar sounding in the background. It ends, then, back in Southern Gothic, with Byrd and Luft joining for The Last Branch which may have an apocalyptic air, but seems to be much more about a man and a wife facing an empty future following the leaving or death of their son, as “winter ate spring”, he the glue that kept them together. Love and loss, life and death, determination and defiance, all ripple through the songs of My Girl The River, come and immerse yourself in their waters.