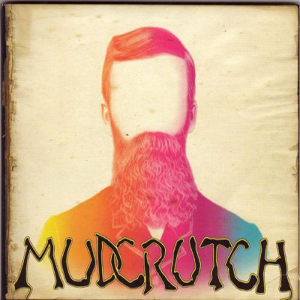 Clearly, chemistry counts and names mean something, as reuniting with Tom Leadon — who never played with Tench in the original lineup — and drummer Randall Marsh, with Petty himself sliding over to bass — affects the sound and attitude of the band, turning the group’s belated 2008 debut, Mudcrutch, into something far looser than any Petty project in recent memory. “Looser” suggests that Mudcrutch rock hard, following through on the rangy, cheerful raunch of those five tracks on Playback, but this album doesn’t rock, not really. Mudcrutch ramble and roll, sometimes stretching out for upwards of ten minutes, sometimes stopping off for a circular circus instrumental, but they never quite ramp up the rock & roll, never lock into a thick swamp groove that would bring them back to their Southern roots. This is thoroughly a Californian album, all sun-bleached riffs and mellow grooves, so unhurried that it never breaks a sweat, more interested in the journey than the destination. More specifically, Mudcrutch is an uncanny evocation of latter-day Byrds, after Gram Parsons left for the Flying Burrito Brothers and Roger McGuinn brought in Clarence White for the winding jams of Untitled — a connection Mudcrutch make explicit via a cover of that album’s “Lover of the Bayou,” which is paired with the Burritos’ version of the Red Simpson anthem “Six Days on the Road.” Although it has a quicker pulse than most of the 14 tracks here, Mudcrutch’s version of “Six Days on the Road” lacks the zippy Bakersfield drive of the Burritos’ version, as everything the band does is very, very laid-back, a sensibility these five guys absorbed years ago when the Byrds were still releasing new records. The remarkable thing about Mudcrutch is that it sounds like it could have been released in 1970 or 1971, with the obligatory Hurricane Katrina song “Orphan of the Storm” being the only concession to modern times (and even that departs only in topic, not sound).