Posted by Green on August 4, 2020
in garage, psychedelic, rock
as Morning Reign 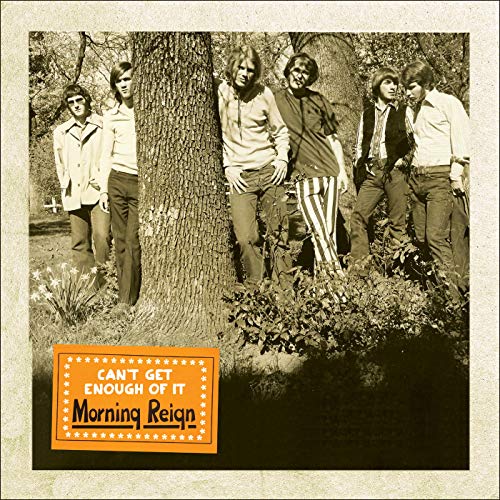 It does not happen very often anymore that unreleased music from 50 years ago surfaces. And it’s even more unlikely that the songs put on tape are such treasures. But that is exactly what we have here. The Morning Reign was a crowd pleasing band that played throughout the Pacific Northwest during the years between 1966 and 1972. Their journey was peppered with lots of travel, whether they were playing gigs in Crescent City or Aspen, and they also made a gaggle of trips to LA to record, or once, to film a TV appearance. Surprisingly, they have released only four 45rpm singles during their existence although they had recorded enough material for an entire album. However, the songs remained in the can.

This is the story of The Morning Reign, a band of young fellas who could have become famous and mentioned in the same breath as The Doors, Eric Burdon & WAR, and all the other music legends of the Garage-Rock era – if their songs had been released back in the day. Dive in and enjoy the sound of Morning Reign, it is truly special. We here at Perfect Toy Records are thrilled to be the label to finally release their work, and we sincerely hope that they will finally receive the worldwide appreciation they so richly deserve.