Posted by Green on December 8, 2019
in garage, psychedelic, rock
as Midnite Snaxxx 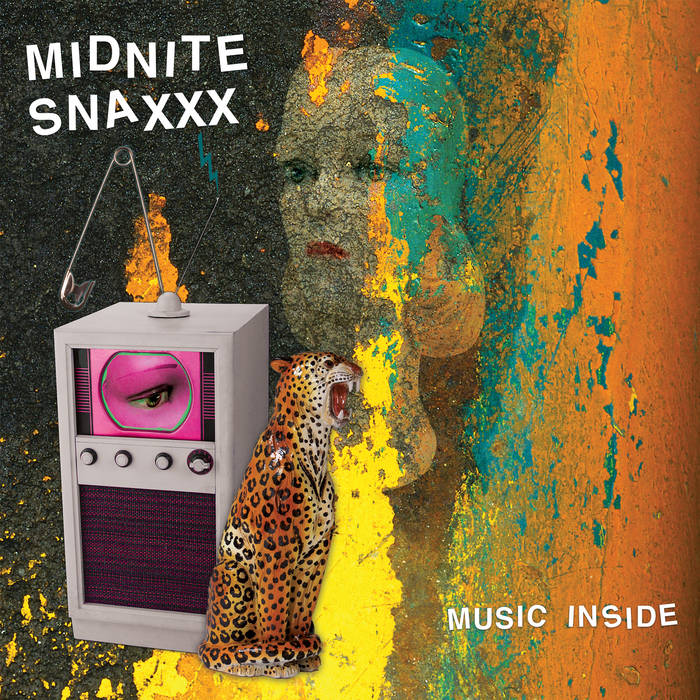 Music Inside, the latest album from MIDNITE SNAXXX, tilts whatever fans thought they knew ‘bout Snaxxx on a thrilling edge. Bluntly, this new album, the band’s third, is the most eclectic recording they’ve ever produced. While their expert blurring of punk and powerful pop is still very much at the forefront, several willful steps into new directions yield something a lot more adventurous and skillful than expected.

Recorded in Los Angeles with DIE GROUP guru Eric Big Arm at the controls, Music Inside captures Snaxxx at their most absorbing: the guitar interplay is dramatically increased, the rhythms strikingly more diverse and the songwriting infinitely more substantive. The album is rooted in frustration and personal/political anger, adding reality and action to the expected revelry and punky coolness. “Lights Out” is exactly the sort of furious take that the band has been after for so long and, paired with a moment like “Out Of Control”, recalls the bleakest moments of classic LA punk. “She Don’t Want That” is another departure, one inspired in by classic UK post-punk and modern danceable DIY in equal measure. “Disconnected” bubbles out from a hyper-freaked angle, whereas “Cyborg” takes a series of sharp turns at high speed — both tunes providing further evidence of Midnite Snaxxx’s highly-nuanced take on punk sounds, even within the framework of sub-90 second chargers.

Over the course of the last decade, the identity of MIDNITE SNAXXX has contorted a few times over. Too punk for garage turkeys, too pop for the spikey set, too trad’ for the freaks. Yet at the end of the day, it’s always been Midnite Snaxxx — their own sound, one built collectively and assembled with direct devotion to the music inside. It’s never sounded better.