Posted by Green on December 17, 2019
in blues
as Memphis Slim 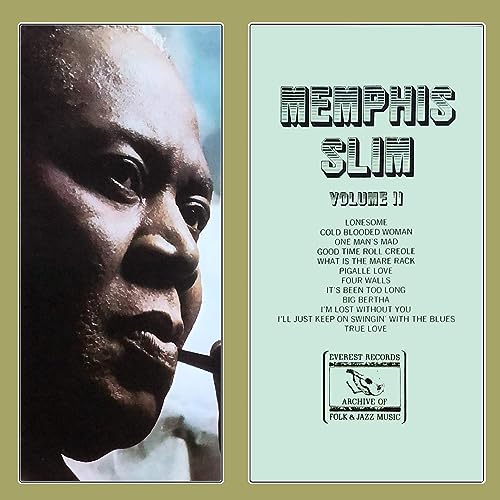 An amazingly prolific artist who brought a brisk air of urban sophistication to his frequently stunning presentation, John “Peter” Chatman better known as Memphis Slim assuredly ranks with the greatest blues pianists of all time. He was smart enough to take Big Bill Broonzy’s early advice about developing a style to call his own to heart, instead of imitating that of his idol, Roosevelt Sykes. Soon enough, other 88s pounders were copying Slim rather than the other way around; his thundering ivories attack set him apart from most of his contemporaries, while his deeply burnished voice possessed a commanding authority.