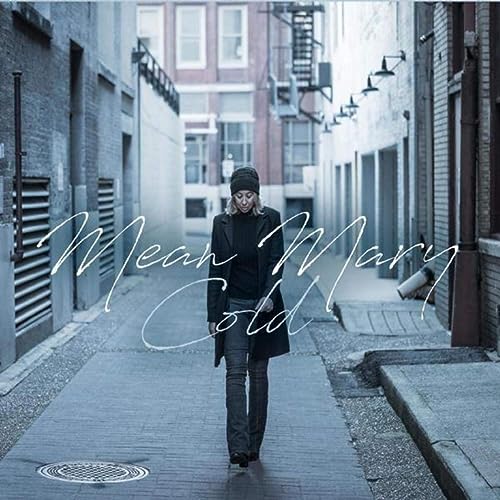 There is, it seems, no limit to Mary James’ (Mean Mary is a stage name) talent. This native of Alabama has, astonishingly, been writing songs since the age of five. She could read music before she could read script and can play eleven instruments including the banjo, fiddle and guitar. She has also written novels and a spiritual memoir, and was, as a child, a regular on a local Alabama TV programme The Country Boy Eddie Show. It was one of the songs she regularly performed on the TV, ‘Mean Mary from Alabam’ that inspired her stage name. Sometimes the only thing that can be done is to sit agog at the breadth and depth of talent some people are imbued with. Except it isn’t, because when that talent translates into recorded output such as we have here, we can all enjoy it. Win win.

Although proficient on so many instruments, Mary’s music is predominantly banjo driven, most likely because this propelled her early repertoire of civil war folk songs. And it is these roots which gird her latest album ‘Cold’: 11 songs of melancholic aphotic melodies melding folk traditions to modern song-writing. It only takes a look at the titles – ‘I Fell into the night’; ‘Rainy Day’; ‘Snow Falling’; ‘Sad November Breeze’; ‘Friend I Never Had’ to see that there is a tendency towards the gothic macabre. Not convinced? The track ‘Quoth The Mockingbird’ is credited to M. James – based on Edgar Allen Poe’s The Raven. Case rested.

Listening to ‘Cold’ is like the enjoyable sleigh ride in Narnia with the promise of Turkish Delight but always an underlying hint of menace. Such is the impassioned and haunting delivery of ‘Dark Woods’ that when Mean Mary sings, “Forget the city and its false lights / They steal your dreams, they steal your nights / Leave your troubles, your worldly goods / And run with me, run with me / To the dark woods”, it really doesn’t matter what the lyrics are actually about – quite honestly the only thing these woods could possibly contain is a Wickerman or the Blair Witch.

Which is not to say that the album is intense, but it does have an atmosphere that demands attention and is sustained across the complete recordings, which is rare. This isn’t an album to skip tracks, it needs immersion and attention. Mean Mary writes music that perhaps only her voice could suit voice; her vocals are strong and yet tremulous; one reviewer of her 2018 album ‘Blazing’ characterising her voice as somewhere between jazz and mountain music and likening her to “a hillbilly Amy Winehouse”. It’s a good line but the quality of the vocal cannot be captured so easily. If we take the Winehouse reference, then we should add the times when the folk-driven delivery is like a thundering Maddy Prior, but also when, and this may sound like an odd comparison, it flirts with the contralto sonority of Joan Armatrading.

Mean Mary’s percussive banjo dominates ‘Cold’, but in fact only six out of eleven compositions on the album feature Mary on banjo, while she also contributes guitar, keys, violin, percussion, tambourine and bass. The songs are substantial, the title track clocking in at just over 8 minutes and most of the rest at around half that. Given this space to work with, her original instrumentation and distinctive voice, Mary has delivered a cohesive collection of impressive songs. If you’re partial to the banjo and folk you are no doubt aware of Mean Mary, but if it isn’t your usual aural oeuvre, this is a release worthy of exploration.