Posted by Green on November 2, 2019
in americana
as Matt Patershuk 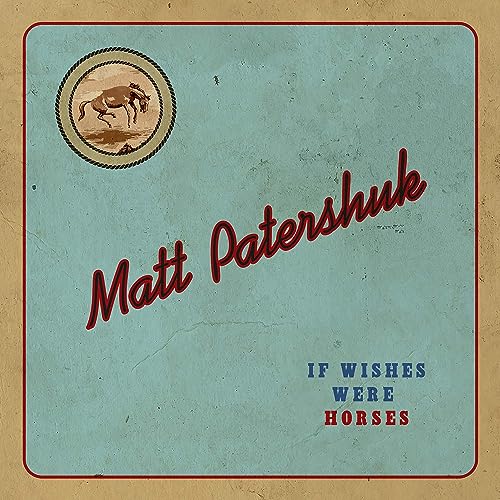 ‘If Wishes Were Horses’ is the result of Matt Patershuk’s collaboration with award-winning string player and producer, Steve Dawson. This album presents an inspired blend of blues and country delivered by Patershuk’s intimate and soulful vocals. The characterful acoustic qualities of the recording were achieved at Vancouver’s Warehouse Studio which is owned by Bryan Adams. The album is punctuated by four instrumentals which land like scenes from some forgotten western; you can almost reach out and touch the rocks and cacti.

Patershuk sings of his own heartaches but never fails to recognise their universal nature, evidencing a thinly veiled vulnerability with the lines: “I don’t care what they think; OK maybe I do” on ‘Alberta Waltz’. ‘Sugaree’ showcases Patershuk’s soulful, gravelly singing layered with exquisitely measured backing vocals. The wonderfully titled ‘Ernest Tubb had Fuzzy Slippers’ draws us into the world of a country music legend whilst ‘Velvet Bulldozer’ tells the tale of many who live and play the blues. Whilst the storytelling captivates the listener, be that through instrumentals or the assured delivery of Patershuk’s vocals, there is also much to savour in the gritty guitar playing and organ tones of this work. The finale of ‘Red Hot Poker’ sees Patershuk being chased with the Devil close at his toes, though the likelihood is that the spirit of ‘If Wishes Were Horses’ will keep the Devil at bay for some time to come.