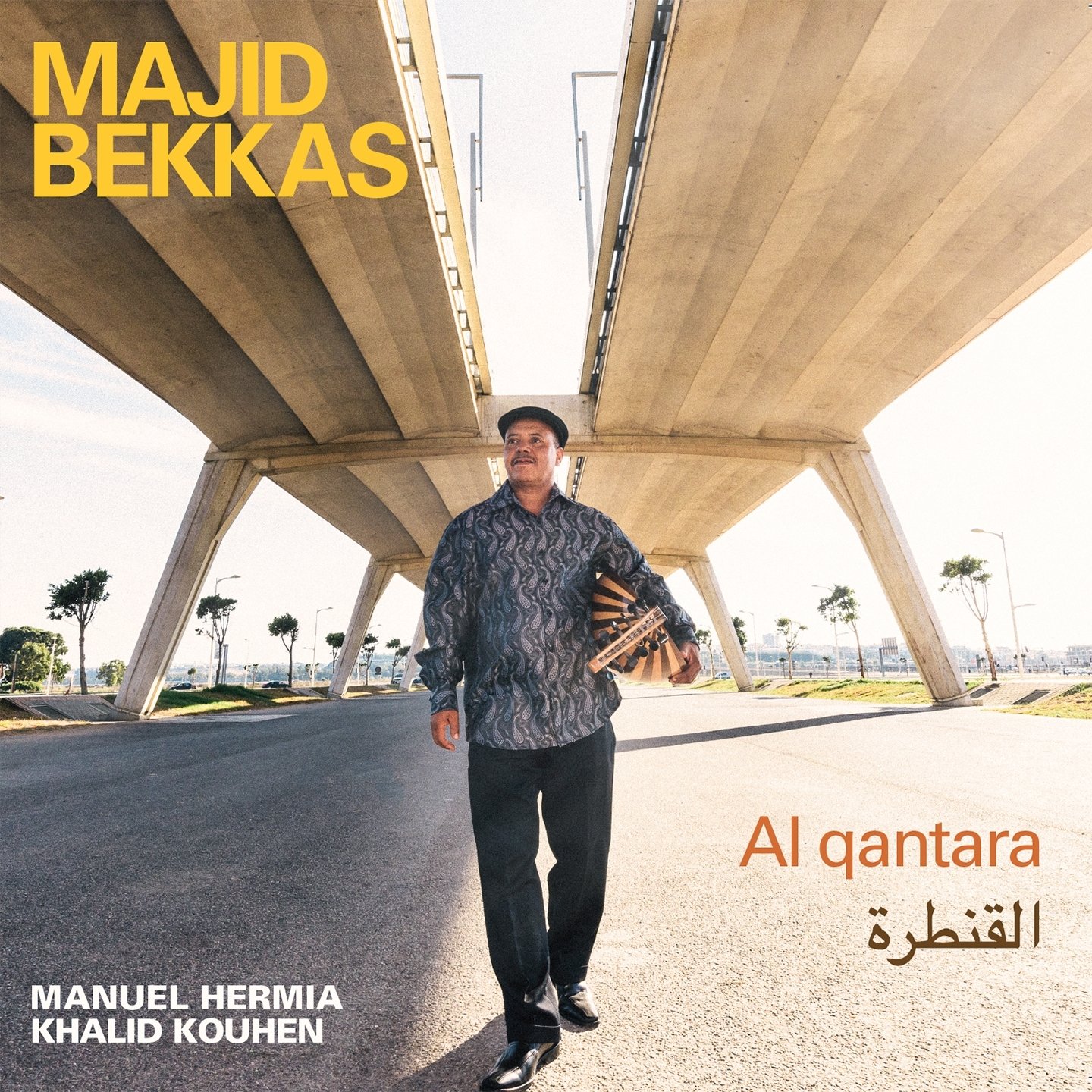 In 1974, Majid Bekkas bought his very first guembri, with the dream of bringing international attention to Gnawa music. 40 years later, he has become the ambassador of African Gnaoua Blues and is releasing the magnificent new album “Al Qantara”.

A crossroads of civilisations, Majid Bekkas’ Morocco is a land that is rich and the bearer of traditions and cultures. With this album, Bekkas shows just how much his country has been influenced and influences the history of Africa, the Middle East and the West due to its position. Morocco is a genuine cultural bridgehead.

the magician of musical encounters is back in a trio format and reconnects with the authenticity that made “African Gnaoua Blues” such a critical success. The result of an exended collaboration, the trio consists of percussionist Khalid Kouhen (African Gnaoua Blues – 2002) and the Belgian sax-player and flautist Manuel Hermia (Le murmure de l’Orient – 2012).

“I chose these musicians for the project as they – like me – are influenced by India and Africa, the East and the West. But also because a genuine complicity has developed between the three of us.”

Oud and guembri, tabla and bansuri, sax and clarinet; instruments that tell us the tale of musical migrants. The cover of “Guinea” by Don Cherry shows how much Africa has brought to jazz. The track “Al Qantara” covers the golden years of the Arabs in Andalusia, whereas “Sidi Ali Ben Hamdouch” reminds us of the cultural and commercial exchanges that too place along the Silk Route.