Posted by Green on May 21, 2020
in country, Discography, folk, singer-songwriter
as Lyle Lovett 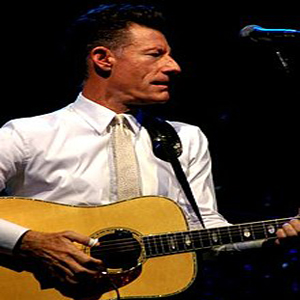 Lyle Lovett is an americana singer-songwriter and actor from Klein, Texas, who has been described as “the thinking man’s cowboy”. While typically associated with the alt-country genre, his albums typically incorporate folk, swing, blues, jazz and gospel music as well as more traditional country & western styles.
The four-time Grammy winner has acted in a number of films and been a guest-star on television. Lovett was married to actress Julia Roberts for a short time in the mid-1990s. In 2002, he was gored by a bull while working on his uncle’s farm in Texas, but soon recovered and resumed touring.