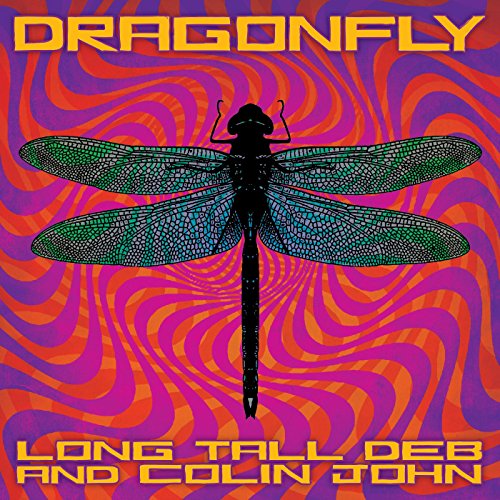 Given the label, you’re probably expecting a blues album. There are traces of that here, but Long Tall Deb and Colin John move in several directions, sometimes blending genres within the song. But even when it is not clear what kind of music you’re listening to, it’s a compelling—even intoxicating—mix. This is not entirely new for this pair as it follows their 2015 EP Streets of Mumbai, which similarly used a bedrock of blues and soul accented by rock n’ roll, surf, spaghetti western, noir jazz, pop, Americana, and world. The couple seems intent on musically reflecting their travels throughout America, Europe, India, and Nepal.

These are all original songs save the cover of Townes Van Zandt’s “Lungs.” The wide range of instrumentation primarily come from Colin John, with Deb singing. John (who also sings) is credited with all acoustic guitars, baritone guitar, baby sitar, lap steel and occasional bass and piano. Numerous guests add vocals and instruments throughout with Michael Landolt (Coldplay, O.A. R.) producing. The title is symbolic of change and transformation. You’ll hear the familiar strains of a lap steel to kick off the album, a crunchy blues shuffle in “On the Way Down,” pop in the radio-friendly title track and resounding electric guitars in the quietly rendered “Lungs.”

According to Deb and John, they’re mostly creating a series of sounds you might associate with a car radio. In other words, songs full of choruses that you want to sing along with. This is especially the case in “I’ll Be the One” and “Trouble.” “Remember Why (It’s Good He’s Gone)” is rife with spaghetti western motifs. “Pull the Pin” begins quietly with spooky chords before Deb becomes balladeer, perhaps the album’s best example of her pure, soulful vocals. “Horizontal Lightning” is surf music in slow motion. “Lights That Shine” is a slow-building tune, with another of their patented sing-along choruses.