Posted by Green on December 23, 2017
in blues
as Little Walter 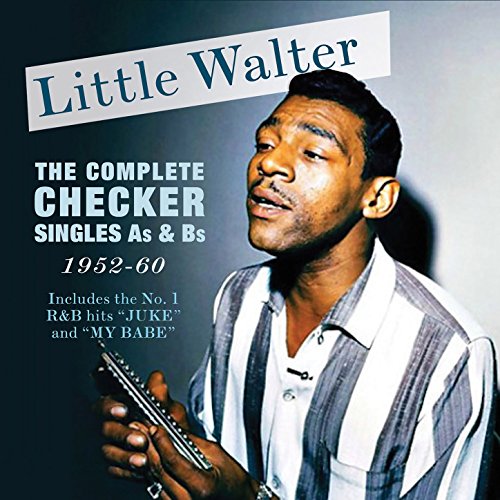 Little Walter Jacobs was blues harmonica player, singer, songwriter and occasional guitarist who revolutionised the way that the harmonica was played and recorded, bringing a new dimension to the blues during the 1950s. He was one of the first artists to amplify his harmonica by holding it to a microphone and maybe the first artist on any instrument deliberately to use electronic distortion as part of his range of sounds. He was a member of Muddy Waters band, appearing on many of his records during the 1950s, but from 1952 recorded for the Chess subsidiary Checker, his releases regularly featuring a harmonica-led instrumental on one side and a vocal performance on the others. He scored an R&B No. 1 with his first solo single Juke, and another one a few years later with what became a staple of blues bands the world over My Babe. Little Walter became the only harmonica player to be inducted into the Rock n Roll Hall Of Fame. This great value 52-track collection, comprises all of his Checker A & B sides from 1952 to 1960 plus two bonus tracks from 1961 and 1962, and includes all of his 15 R&B chart hits.