Posted by Green on September 6, 2020
in blues
as Lightnin' Hopkins 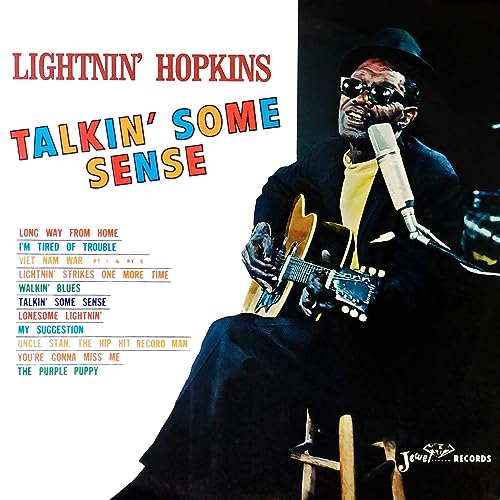 Talkin’ Some Sense, is an album by blues musician Lightnin’ Hopkins recorded in Texas in 1968 and released on Stan Lewis’ Jewel Records label. It features Billy Bizor on harmonica, Elmore Nixon on piano, and Lawrence Evans on bass. On this album, Hopkins proves himself as the centre of a rich history and folklore in American music. Rolling Stone magazine ranked him number 71 on its list of the 100 greatest guitarists of all time.