Posted by Green on October 24, 2019
in southerrn rock
as Leif De Leeuw Band 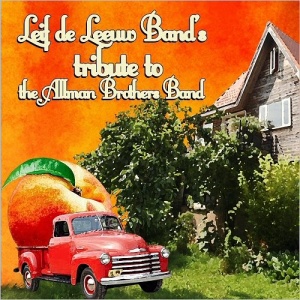 he Leif de Leeuw band is a jam band formed around the name giver and guitarist Leif de Leeuw. The young guitarist won several prizes including twice the “Sena Young Talent Guitar Award” (2009/2013) and four times in a row “Best Blues / Rock Guitarist Benelux” by readers the magazine “The Guitarist”. The same success applies to the band. In 2014 they won the “Dutch Blues Challenge” and in 2015 they were named “Best band 2015” by the European Blues Awards. Despite these blues prizes, the band is not limited by styles. Genres such as funk, soul, roots, fusion, country and rock appear in their shows with extensive jams. Characteristic is that every performance is unique, there is plenty of room for improvisation. A large part of the music is created on stage and is a surprise every time even for the musicians.