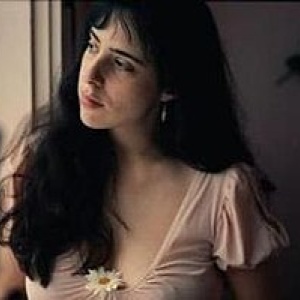 Laura Nyro (born Laura Nigro, October 18, 1947 – April 8, 1997) was an American songwriter, singer, and pianist. She achieved critical acclaim with her own recordings, particularly the albums Eli and the Thirteenth Confession (1968) and New York Tendaberry (1969), and had commercial success with artists such as Barbra Streisand and The 5th Dimension recording her songs. Her style was a hybrid of Brill Building-style New York pop, jazz, rhythm and blues, show tunes, rock, and soul. She was praised for her strong emotive vocal style and 3-octave mezzo-soprano vocal range.

Between 1968 and 1970, a number of artists had hits with her songs: The 5th Dimension with “Blowing Away”, “Wedding Bell Blues”, “Stoned Soul Picnic”, “Sweet Blindness”, and “Save the Country”; Blood, Sweat & Tears and Peter, Paul and Mary, with “And When I Die”; Three Dog Night and Maynard Ferguson, with “Eli’s Comin'”; and Barbra Streisand with “Stoney End”, “Time and Love”, and “Hands off the Man (Flim Flam Man)”. Nyro’s best-selling single was her recording of Carole King’s and Gerry Goffin’s “Up on the Roof”.