Posted by Green on March 9, 2019
in americana
as Lady Cannon 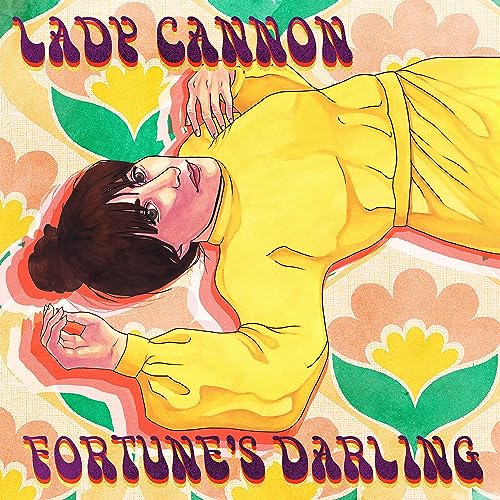 Milwaukee-based singer and songwriter Martha Cannon jokes about the irony behind the title of Lady Cannon’s new record, Fortune’s Darling, due March 8. “The songs and experiences contained in them are not lucky. They’re not fortunate,” she says. “[The phrase] is something I heard in a bar. I wrote it down and found it in a notebook later. I don’t even remember where it was said. I just loved the way it sounded.”

Fortune’s Darling, which was recorded and completed about two years ago, is the long awaited follow up to 2012’s Whiskey Dear. The record exhibits that same kind of folk with fervid intensity heard in the band’s debut, as Cannon delves deep into tales of yearning and heartache.

But the reconfiguration of the band’s lineup adds another exciting layer to Lady Cannon’s style of Midwestern Americana. On “Run Away,” Cannon sings “Do you remember when you wanted me to write a song about you? Well, baby—this is fucking it…/I hope you get what you deserve, you deserve so much,” before swells of strings and percussion take over the closing verse. Songs like “Somebody’s Baby” and “Wild Beast” showcase Cannon’s honeyed vocals juxtaposed with her sharp, candid form of songwriting.