Posted by Green on November 20, 2020
in psychedelic, rock
as King Gizzard & the Lizard Wizard 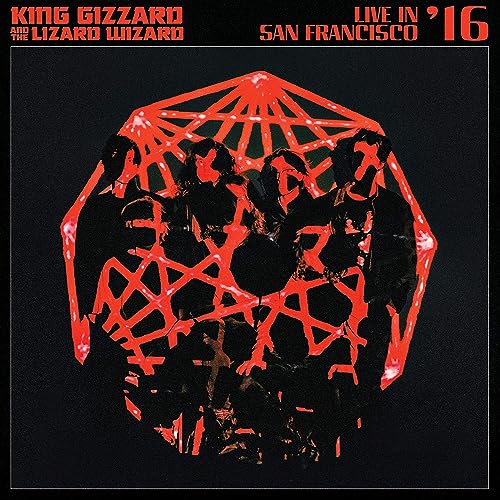 Just under a month after delivering their award-winning 2016 album Nonagon Infinity, King Gizzard & The Lizard Wizard took the stage at San Francisco’s The Independent for a set both wildly frenetic and meticulously executed. In one of their final club gigs before bursting onto the international scene-soon selling out amphitheaters and headlining festivals-the Melbourne septet laid down a breakneck performance that, in the words of SF Weekly, “made every organ ache just right.” Multi-tracked and impeccably mixed, Live in San Francisco ’16 simultaneously channels the massive energy of King Gizzard & The Lizard Wizard’s set while echoing the sweaty intimacy of the 500-capacity venue.