Posted by Green on September 27, 2021
in country, Discography, folk
as Kimmie Rhodes 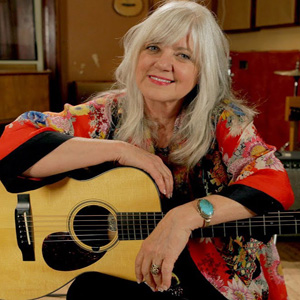 Kimmie Rhodes (born March 6, 1954)is an American singer-songwriter. She has recorded and released a total of sixteen solo CDs,written and produced three musicals and published a novella/cookbook, served as an associate producer for a documentary, They Called Us Outlaws presented by the Country Music Hall of Fame and produced radio documentary/music programming for her show Radio Dreams, which focused on the history of American roots music and artists. She has also appeared in multiple films and a theatre production, Is There Life After Lubbock? Her songs have appeared on multiple television and film soundtracks. She has established and released her own records on her label, Sunbird Music for over 25 years. Kimmie’s promotional tours created a solid fan base in the U.K., Ireland and Europe. She has headlined with her band at festivals throughout the world and has appeared on many European and American TV and radio broadcasts and at Willie Nelson’s Farm Aid concerts and July 4 Picnics. Together with Willie Nelson she recorded two of her originals for his album Just One Love and a duet CD, “Picture in a Frame”. She lives and records in Austin and tours internationally with her son and producer/multi-instrumentalist, Gabriel Rhodes.