Posted by Green on February 28, 2018
in americana
as Katy Guillen & The Girls 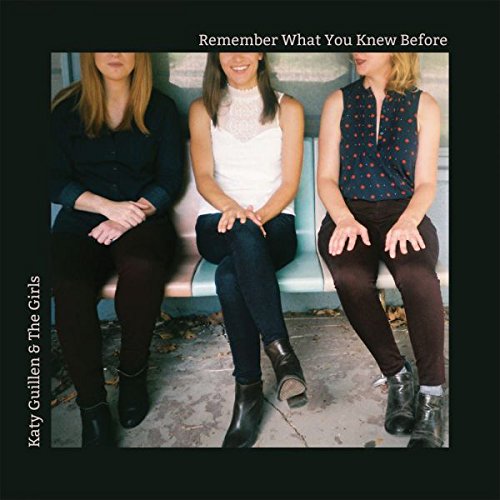 Katy Guillen leads this Indie Blues/Roots Rock trio that touches on the blues but is primarily into Americana. Guillen’s guitar influences include Jimi Hendrix, while her songwriting is influenced by Patty Griffin. Having played festivals including The Montreal International Jazz Festival, they have developed a substantial following.

Guillen began as a teenager by participating in blues jams in and around Kansas City. She was offered to play in support of Royal Southern Brotherhood and established her trio in 2012. Their self-titled debut album was released in 2014. In 2016 they followed up with “Heavy Days” their first album for the Vizztone Label Group. As a result they opened for Robin Trower and 10,000 Maniacs; and played both The King Biscuit Blues Festival and the Big Blues Bender.

The album reprises some songs from previous releases but these are new arrangements with mostly acoustic instrumentation. “Gabriela”, “Quiver” and “If You Were Gone” were included on their debut recording. The latter features the lyric “to think of what this life would be if you weren’t coming home…”

From “Heavy Days” is “The Load”. Featuring Guillen with a solo on a resonator guitar as she sings, “I take that load and put it on my shoulders”. On “Humbucker” Guillen says “you think I need you…you need to worry about yourself…blame it on the elevation”. The song “Can’t Live Here Anymore” causes one to ponder its meaning as the rhythm section rocks.

There are five new songs. including “Slingshot”, with the lyric “pull it back and let it go, send me flying, make me happy”; the evocative “Stalling On Dreams”; and “Waiting Till The Day” which includes the line that would become the album’s title “remember what you knew before”.