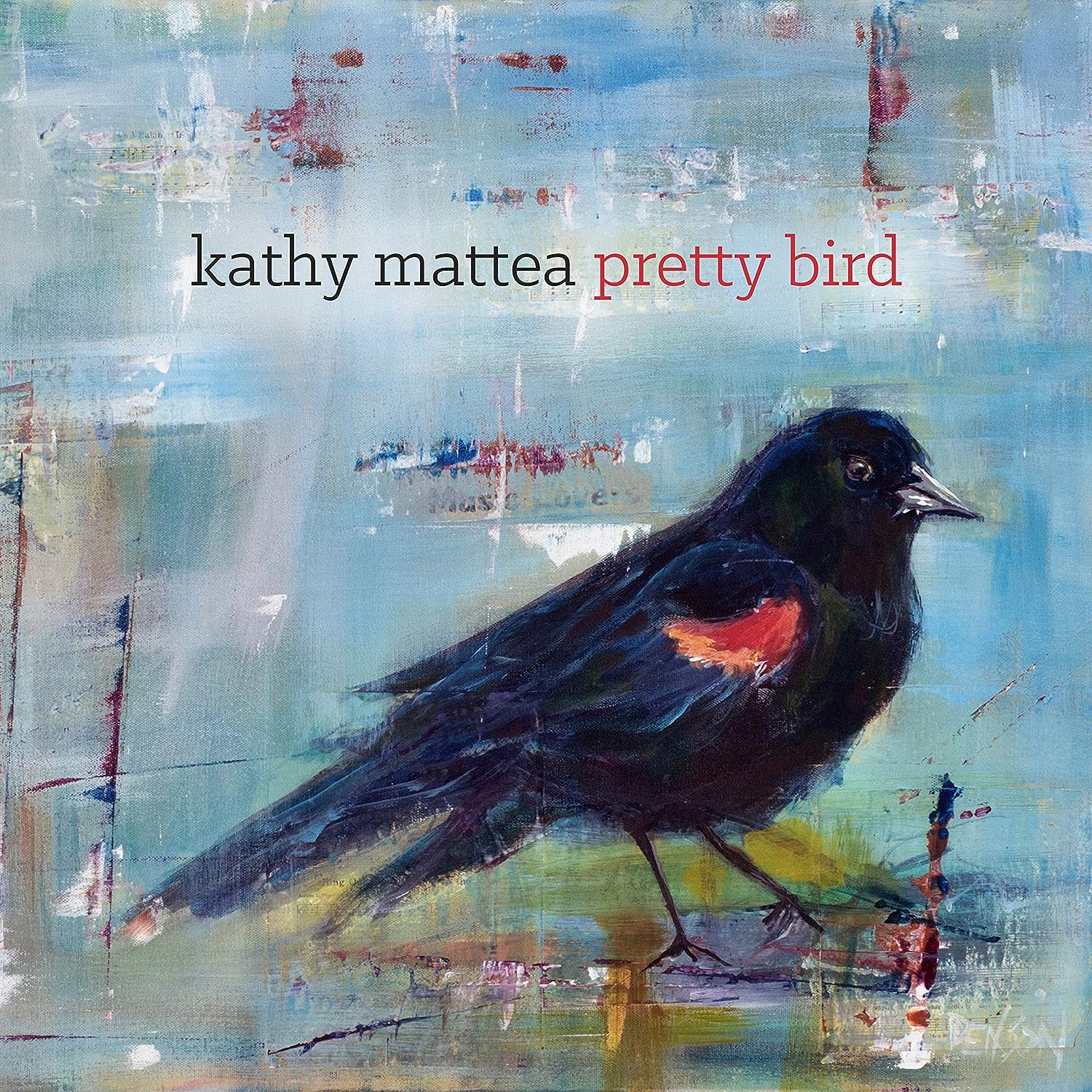 “Pretty Bird” is Kathy Mattea’s first studio album in six years, following 2012’s “Follow Me Home.” The major reason for this gap was Mattea’s realization that her voice was changing so much, she felt as if she was losing it altogether. Through vocal coaching and dedicated perseverance she has emerged, singing in a lower, albeit richer voice, for a strong album of interpretative covers.

Keep in mind that Mattea has won two Grammys, four CMA Awards, has five gold albums and a platinum collection of her greatest hits. So, to have lost her voice, or least the voice she had earning all those accolades, would be incredibly jarring. Yet, phrasing and nuance develop only through experience.

Recorded over the course of a year with roots music ace Tim O’Brien at the helm, the mostly acoustic album opens with a playful take on Oliver Wood’s sultry “Chocolate On My Tongue” before moving into a soulful rendition of Bobbie Gentry’s “Ode To Billie Joe.” She then takes on another challenging tune in Mary Gauthier’s “Mercy Now,” delivering it even more tenderly than originally envisioned. O’Brien plays on several of the tunes, and as expected, recruited top notch session players like Charlie McCoy, Dan Dugmore, Victor Krauss, Dennis Crouch, Bill Cooley and Ian Fitchuk among them.

Once she recovered to her now current voice, it’s not surprising that she could pull songs from so many different eras and cultures and make them fit into a coherent album. You’ve heard many, if not all these songs before, but it’s unlikely you’ve heard them so carefully rendered.

Take for example Joan Osborne’s “St. Teresa,” which takes on personal importance in view of the ravages that addiction has wrought on Mattea’s home state of West Virginia. She and O’Brien master stripped-down evocative songs like the British traditional “He Moves Through The Fair,” allowing Mattea to wring every drop of emotion from the lyrics. She sings so credibly in “Tell Me What You Ache For” that you can feel the yearning. Similarly, she closes with the arresting title track, a Hazel Dickens tune that she sings a capella. Before that she has the background vocals of Suzy Ragsdale, Odessa Settles and Calvin Settles for the gospel tunes “Holy Now” and “I Can’t Stand up Alone.”

The classically-trained Mattea found a jazz-centric vocal coach, developed a fresh approach to singing and forced herself to break habits she’d long relied on. Age had helped open Mattea’s lower register, and songs she’d previously shied away from suddenly emerged with a new vibrant life. Thankfully Mattea is back.