Posted by Green on October 11, 2019
in blues
as Junior Watson 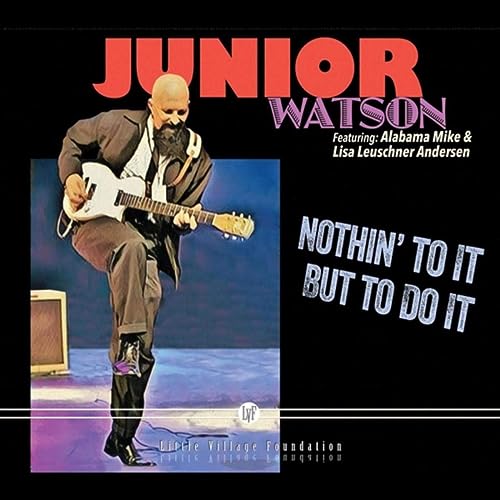 This, along with a handful of other factors, makes Nothin’ To It But To Do It by Junior Watson one of most anticipated albums of 2019. Those factors are rooted in the reality that over the past 40 years Watson has been as busy as any musician in the blues field, but has recorded relatively few albums under his own name.

He was famously a founding member of the Flying Saucer Band later renamed the Mighty Flyers and then Rod Piazza and the Mighty Flyers. After nine years with Rod Piazza he joined the already well-established California based ensemble, Canned Heat. He stayed on with that band for another nine years. It is there he played with one of the band’s founding members, the recently departed bassist, Larry Taylor.