Posted by Green on January 14, 2021
in Uncategorized 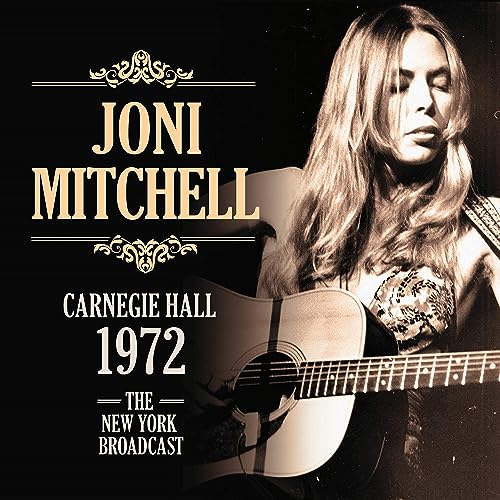 Despite the success of her first three albums, in January 1970 Joni Mitchell decided to break from performing, and set off on a lengthy vacation around Europe. While on the island of Crete she wrote many of the songs that would appear on her fourth L.P., Blue. Critically and commercially successful on release, today Blue is generally regarded as one of the greatest albums of all time; Mitchell’s songwriting and compositions are frequent areas of praise. In January 2000, The New York Times chose Blue as one of the 25 albums that represented “turning points and pinnacles in 20th-century popular music.” Following the huge success and popularity of Blue, Mitchell went back out on tour where she presented new songs alongside many numbers from both Blue and from her earlier records – which would appear on her next album, her fifth, For the Roses. This L.P. was released in October 1972. But eight months earlier, Joni Mitchell performed at New York s prestigious Carnegie Hall where she put on a stunning show which indeed featured numbers from all of her records to date, and from the upcoming For The Roses. Previously unreleased, this superb concert was recorded for live FM Broadcast and it is this recording that is now featured on this new CD, making this essential period in Joni s career finally represented by a live album.